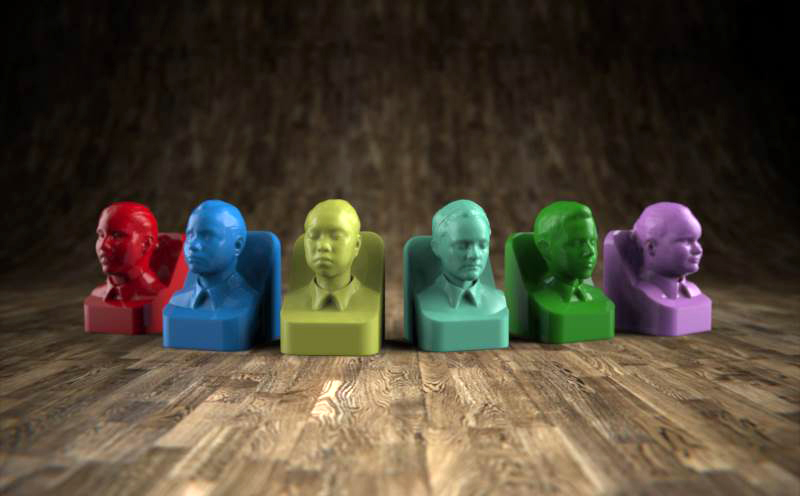 For the last couple of months, I have been working on a project for TechMind, the company I run, which distributes 3D printers and other technological devices in Mexico.

My colleagues and I wanted to make a commercial video, and we wanted it to be something to remember. This is a demanding task for a small creative team, so we started brainstorming ideas and, right away, we knew we wanted to do something with social services.

We decided that 3D printing could be very useful for blind people because it gives the possibility to fabricate objects representing something they can’t touch. We immediately thought of things that blind people cannot touch, and we gravitated toward the idea of scanning and printing famous people – musicians and/or politicians blind people are familiar with. But that idea was discarded because we didn’t have the means and resources to get celebrities to the project, not even local ones. 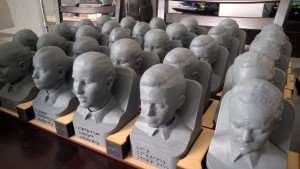 We moved the idea to something more abstract, like childhood memories, and we realized that blind children can’t have a yearbook, not as we know it. So, that became our project: create a yearbook for a group of 5 blind students and a teacher.

Each yearbook consists of 6 small 10X10X15 cm figures with the names written in braille at the base. The figures are mounted on a laser-cut wooden base for presentation. We made 7 of these sets – one for each student, one for the teacher and one for the principal of the school.

The project became bigger than just making a publicity stunt for our company. We truly got involved in it and, for a brief moment in time, we were part of the students’ world. They couldn’t understand the process – and it was difficult for them to imagine what we were doing – but they trusted us to deliver a great final product.

The result and responses were amazing! They believed what they were touching. It became a moment for both students and parents that was frozen in time. In the future, they will be able to go back to it and remember how they used to look when they were young.

This is the final result (note: activate the subtitles because the video is in Spanish):

Of course, we had some complications mostly with the scanning process (as I explained in my previous article), the stage through which you reach that cinematic illusion of something happening. We also had to ask for help to our friends at Mex-Bot  in order to complete the amount of figures we needed to print.

However, the result was incredible, and that’s why we are going to do the project again next year.