It’s been exactly 50 years since the Olivetti P101, the first personal computer in history. Intel and Massimo Banzi paid tribute to it at Maker Faire Rome by presenting the new board, Genuino 101. 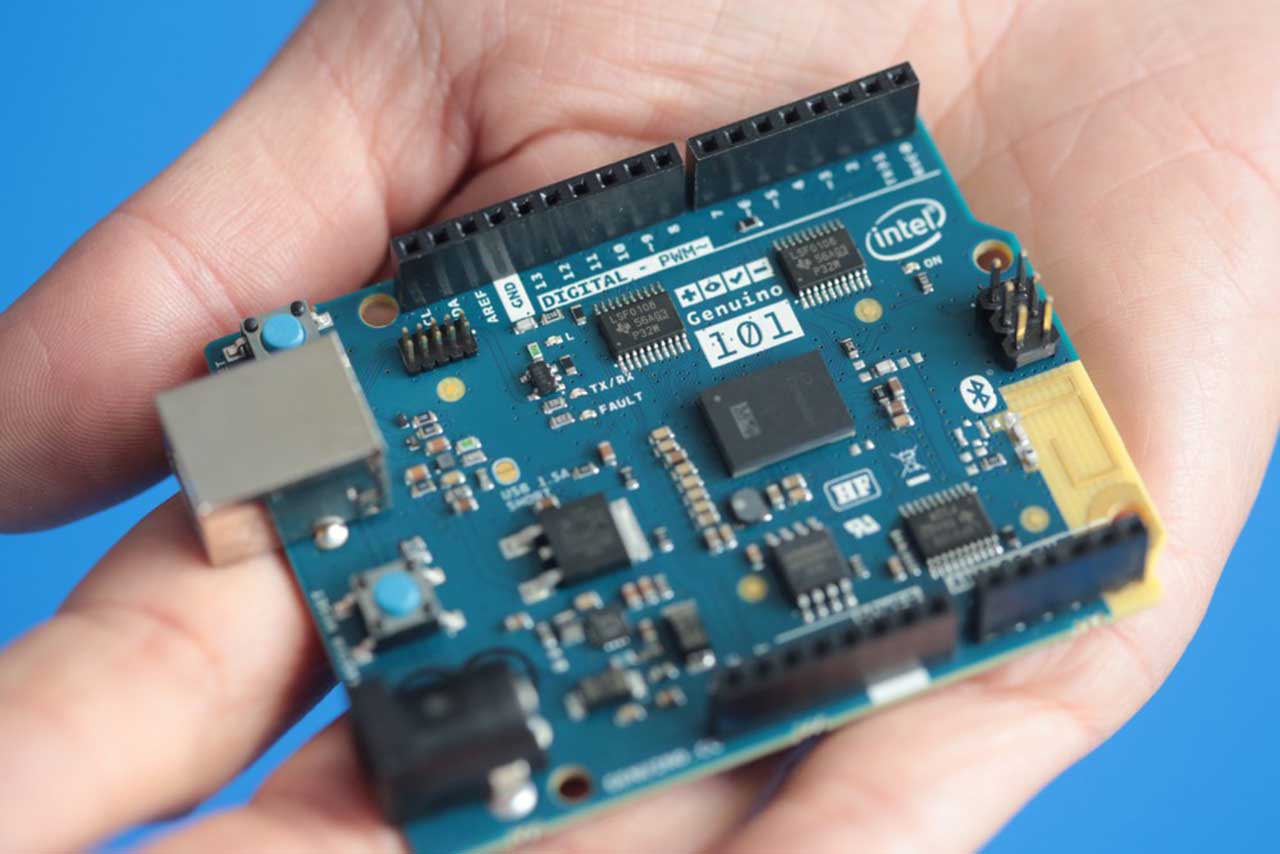 Genuino 101 (Arduino 101 in the US) is a development board designed for educational use, for the maker world and for those who approach programming for the first time.

It is based on the Intel’s Curie module, it is open source and will be included in the educational program Creative Technologies in the Classroom (CTC),  a physical computing program developed and tested by Arduino and currently implemented in over 300 schools.

In addition to the processor, the board also contains the sensors needed to take the first steps into the world of making, such as the accelerometer or gyroscope, and Bluetooth connectivity.

The board has the same form factor of Arduino UNO: it has 14 digital input/output pins (4 of which can be used as PWM outputs), 6 analog inputs, a USB connector for serial communication and sketch loading, a power jack and an ICSP connector with SPI and I2C. The I/O lines operate at 3.3V but are protected against overvoltage up to 5V.

Besides being very easy to use and, therefore, particularly suitable for basic learning activities, Genuino 101 can be used to realize prototypes and connected devices with large processing capacity, using all the capabilities of the Intel’s Curie module.

Equipped with an accelerometer, a gyroscope and Bluetooth Smart connectivity for the development of smart and connected devices, the board will be available from the first quarter of 2016 at a price of 27 euro.

Creative Technologies in the Classroom program 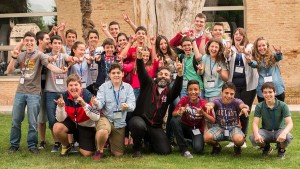 The CTC program is the first course of physical computing in the world for high schools.

It gives teachers the tools and the support to provide students with an introduction to programming, electronics and mechanics.

The CTC project is a toolbox comprised of more than 20 hands-on, easily assembled electronic experiments.

Plus, it has an online source for course materials and documentation tools and a collaborative space where teachers can meet with a moderator to share their findings and ask technical questions.

Intel is working with Arduino to bring the CTC program in schools around the world in the coming years.

“Creating opportunities for young entrepreneurs and students has always been a priority for Intel. Through the collaboration with Arduino, we are providing all the Intel power to a new generation of makers,” said Josh Walden, Senior Vice President and General Manager of New Technology Group, Intel. “Thanks to the advanced features of the Curie module built into the Genuino 101 board, students and developers can now realize intelligent, connected and truly unique creations.”