The European Researchers’ Night took place on 25th September in 280 cities across Europe and beyond. The event was at its 10th edition and, for the first time, it was also hosted by the city of Groningen, the Netherlands. 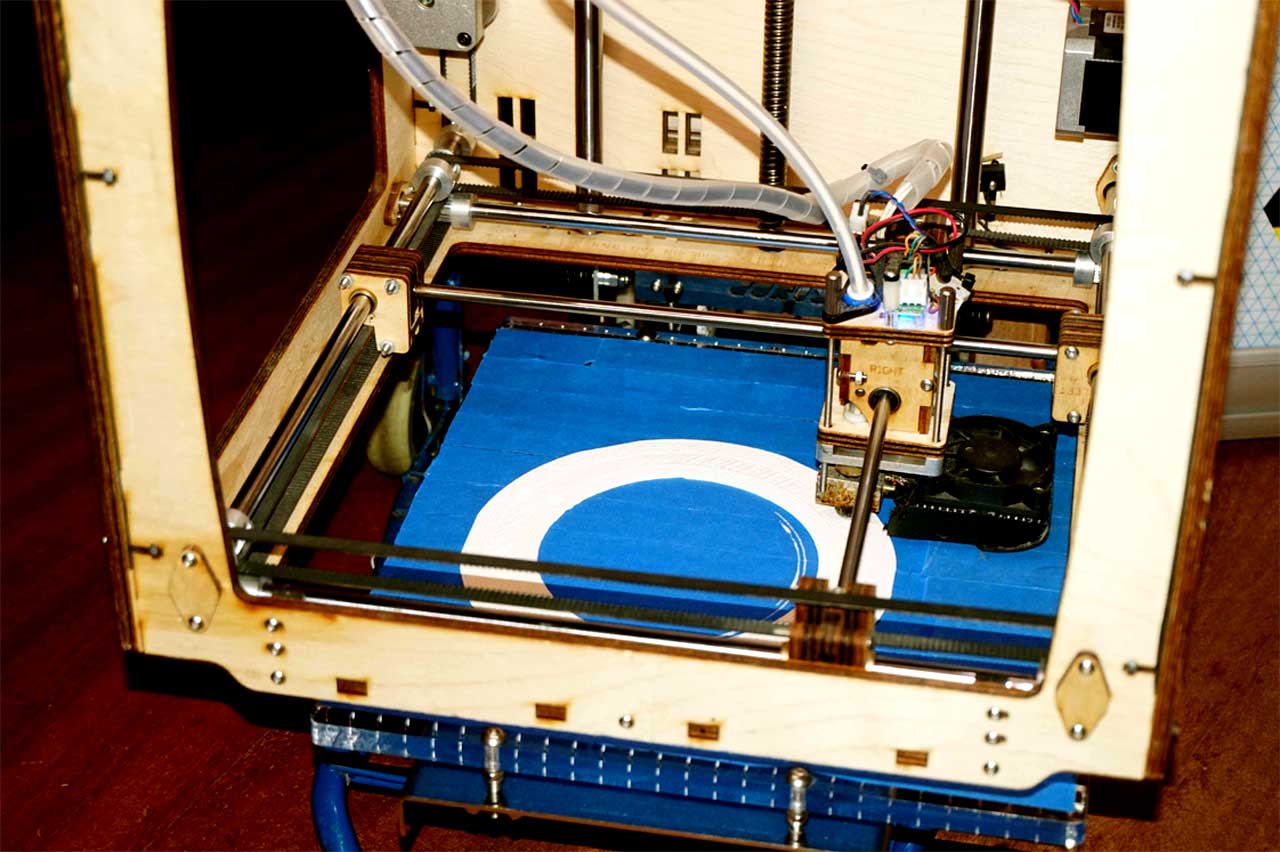 25 September, I visited GRoninger Researchers’ Night, an international festival held for the first time in the Dutch city. FabLab Groningen, Science Linx, and the Groninger Forum organized the whole event.

In many locations throughout the city, there were activities, presentations, and expositions. As the name states, Researchers’ Night is about science and research, and there was plenty of both.

From pellets to 3D printed product 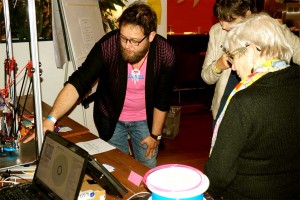 A  very popular topic was 3D printing. Visitors could see 3D printers in action, and a lot of 3D printed objects such as a wrench and a 3D printed helix pump.

Yumi 3D, a Dutch startup, showed to people how you go from raw materials to a personal 3D printed product. The chain started with pellets.

Pellets are small plastic pieces that can be fused and turned into filament to feed your 3D printer. The 3D printer in itself gives you the power to bring an idea into reality.

When you eventually get the physical object, it has gone through all these steps.

By showing this process, Yumi 3D wanted to explain to people a little bit more about 3D printing. If you understand something’s origin, you know what you can do with it next.

3D printing with no height limits 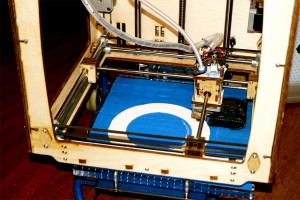 There was also the very cool Z-Unlimited, the Ultimaker 3D printer add-on designed by Joris van Tubergen. Z-Unlimited lets you turn your Ultimaker into a 3D printer with an unlimited z-axis.

This enables you to print extremely high shapes. It takes some time though.

Joris van Tubergen also gave a presentation about open-source and its effect on innovation.

A complex chip made easy 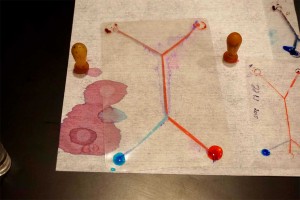 Students from the University of Twente showed a study project, ‘Lab-o-chip’. A Lab on Chip is normally used in laboratories to study the behavior of fluids or even molecules.

To show high school students what was going on, University of Twente created a very simple way to make a Lab on Chip using just a few foils.

With this simple version, it is very easy to explain what is happening.

Because the channels in the chip are very small and liquids move very slow, the stream is laminar, which means that  liquids don’t mix with each other.

This system can be used to study osmosis, for example, or even to simulate how certain processes work in a cell membrane.

From dream to drone 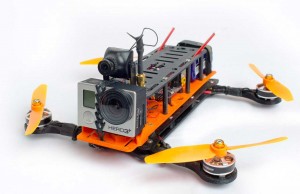 Drones fascinate a lot of people, and there are many different ones from which to choose if you want to buy one. But there is another option if you want to have your own drone: just build one.

Together with FabLab Groningen, two high school students began to 3D print their own drone. For the design, they chose Hovership MHQ2, a small but fast racing quadcopter.

Some important aspects of this drone are its ease to be assembled, and the capability of carrying a GoPro camera plus a first-person view (FPV) gear.

During the event, they illustrated all the process they went through and showed, of course, the drones they had built.

A robot for carrying beer to you

If there was abundance of something, it was of robots.

One that stood out was the beer carrying robot by Team Rembrandts. Team Rembrandts is a robotics team from Fontys University of Applied Sciences and, every year, they participate in the First Robotics Competition (FRC) in the US.

This year, they have also competed in the CCM Mechatronics Trophy 2015, a competition organized by Centre for Concepts in Mechatronics in Eindhoven.

The competition was about robots carrying three glasses filled with beer over a set of steps without spilling more than 20% of the drinks.

Team Rembrandts came up with the idea to suck the beer into a closed container and pump it back as soon as the robot was over the stairs.This turned out to work so well that they took the first place and won, leaving the competition far behind. 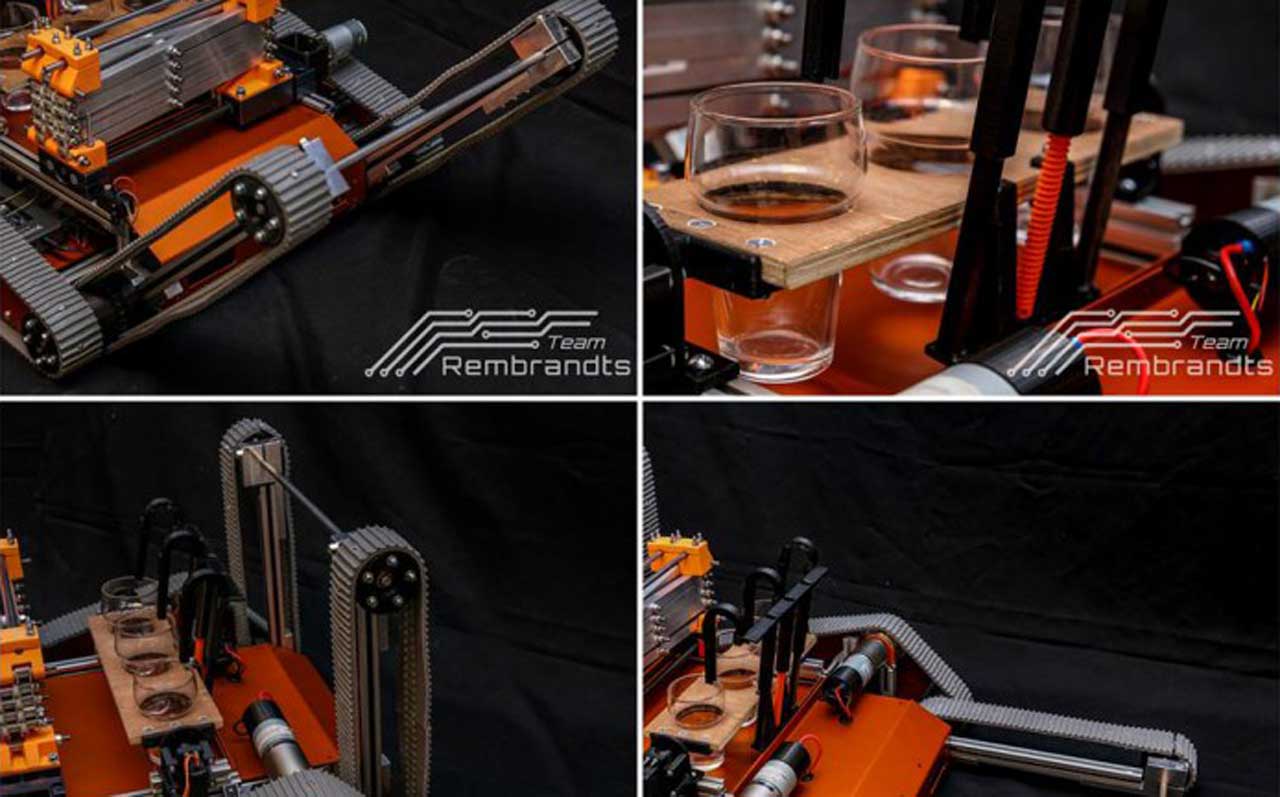 At the event, there were a lot of other amazing projects, virtual reality, and much more. Unfortunately there wasn’t enough time to take a look at everything. But this means that GRoninger Researchers’ Night is worth visiting again, although there will be an entirely different program next year, I think.

So, make sure you keep track of the event and put it in your agenda as soon as the dates are made public.
[/ezcol_4fifth_end]