12-13 September, the disused areas of Rotterdam’s havens were livened up by design festival Maak Ruimte (Make Room), a Made in 4Havens initiative. 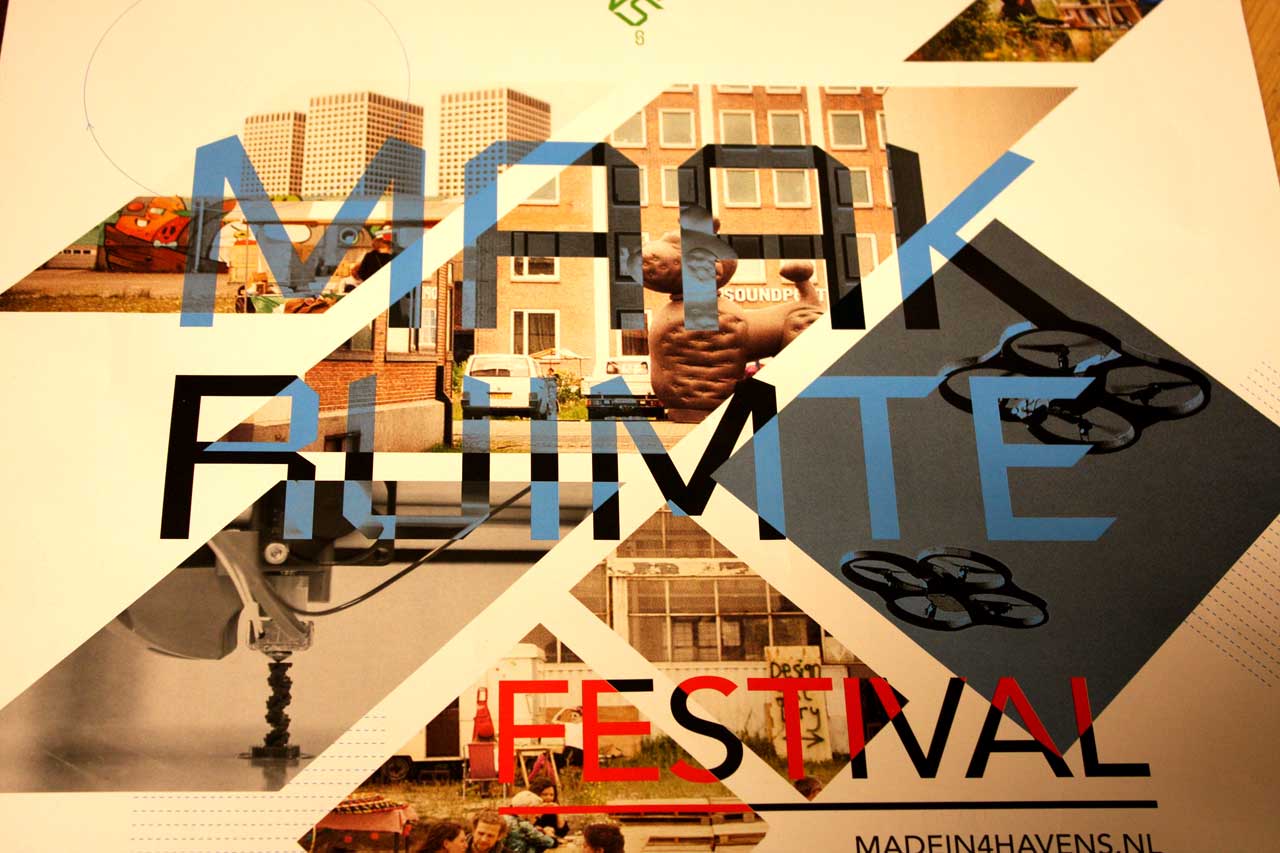 Design festival Maak Ruimte took place in one of the former warehouses in the Rotterdam Port areas, and it was hosted and organized by platform Made in 4Havens. 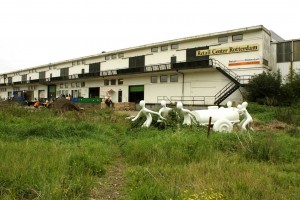 Made in 4Havens is one of the creative businesses that are getting to repopulate port’s empty buildings and lots.

With three shipping containers serving as production laboratories, a conference room, and an exhibition area, Made in 4Havens created the Fair Design Plein (Fair Design Square), a 1000 square meter area located at the ground floor of the old industrial building. The three Fair Design Labs are dedicated to assembly, 3D printing, textile and clothing.

Made in 4Havens inside. Photograph: PlugnMake

Last weekend, the space was turned into a showcase for local designers, artists, and innovators who gravitate around Made in 4Havens. The exposition was mostly dedicated to reusing and recycling, and it revealed the multiple souls of the workspace: innovation, art, technique, urban regeneration, and sustainability. 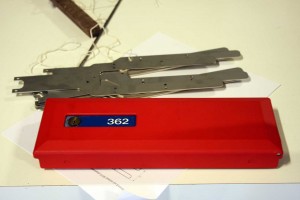 Eye catcher of the hall was design studio VerdraaitGoed’s (Twisted Good) LichtPost (Light Post) lamp, whose production has just started thanks to a successful crowdfunding campaign.

The lamp is made of the old Dutch iron mailboxes’ doors, and the key of the old lock works now as a switch.

The digitization of the postal system has brought to the closure of many post offices, which has made the old post offices’ cabinets superfluous.

The usage of their recognizable small doors as raw material for bulb and support prevents them to be thrown away or end up in the streets. Indeed, VerdraaitGoed’s goal is to playfully counteract waste also by making sustainable products out of industrial waste. 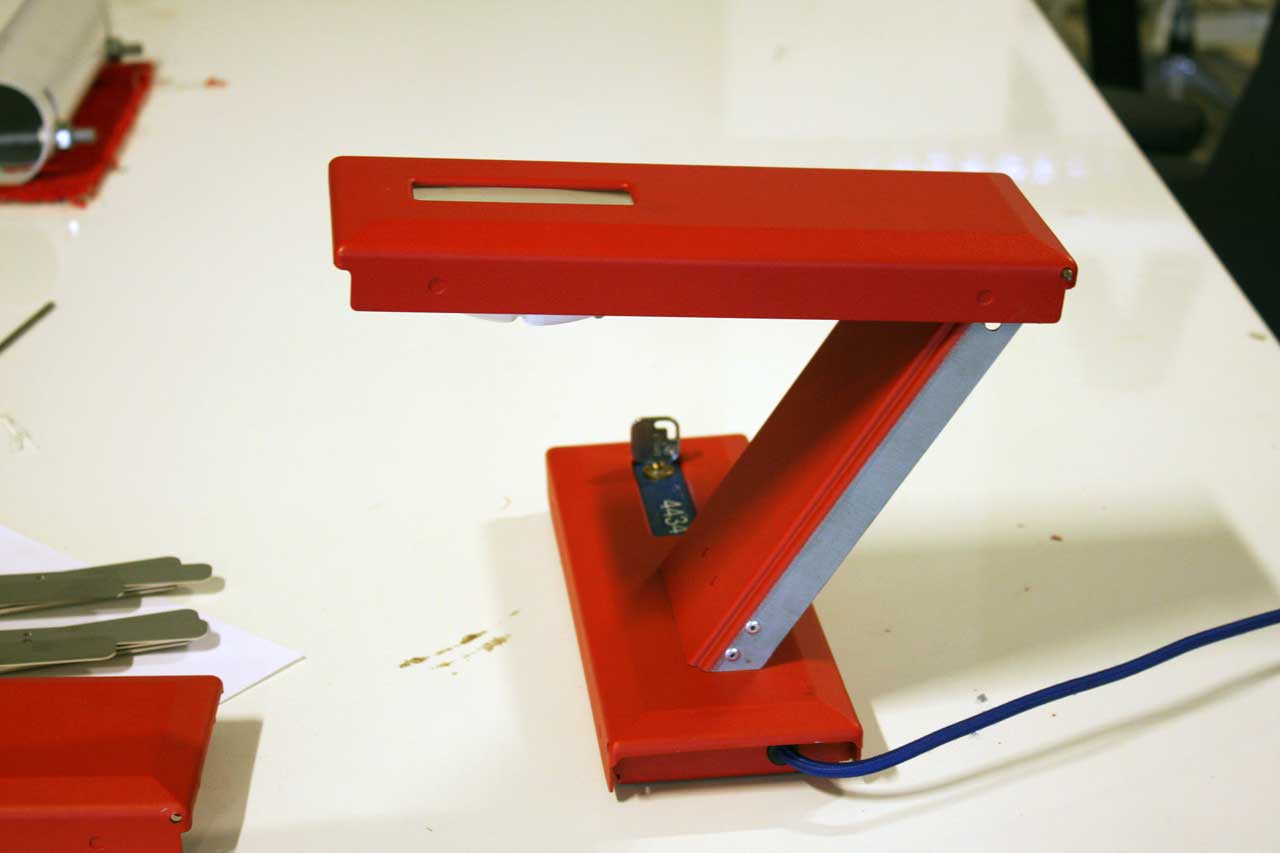 Already known for his floatlands, modular system for floating structures, industrial designer Huibert Goenedijk was also part of the exhibit with Solar Float. 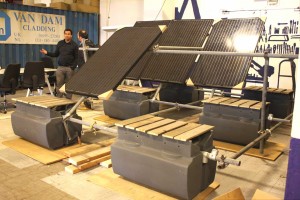 Prototyped within Made in 4Havens, Solar Float aims to save 300 million gallons of water that evaporate every year from reservoirs.

The idea is to impede sun rays from reaching the water surface with apple-sized floating balls so as to avoid evaporation.

Balls are totally recyclable since made of polyethylene and are black in order to help deflect UV rays.

Their usage would save drinking water for 8,100 people per full year besides preventing the chemical reaction that generates carcinogenic bromate compounds.

Here and there, small break spots were set at the festival thanks to Guido Marsille’s #Crate Series, wooden sits conceived as architectural functional elements of a space rather than single furniture pieces. 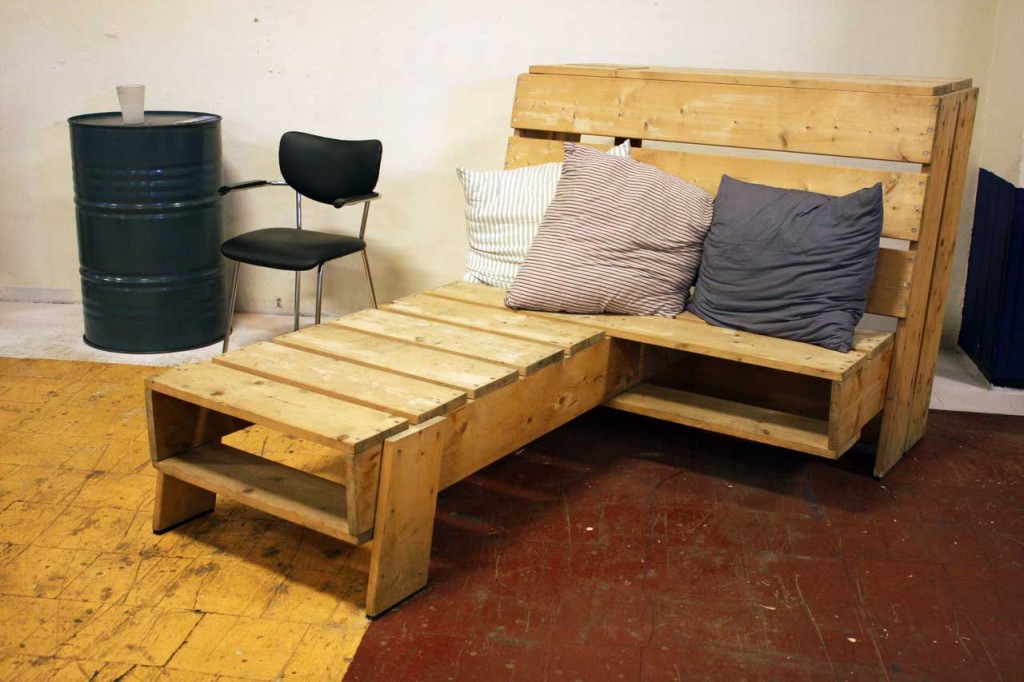 Students from the Rotterdam’s Willem de Kooning Academy dedicated their installation, Four Ward, to sustainability by arranging and defining different settings through an unusual usage of materials, alternative to their original function. 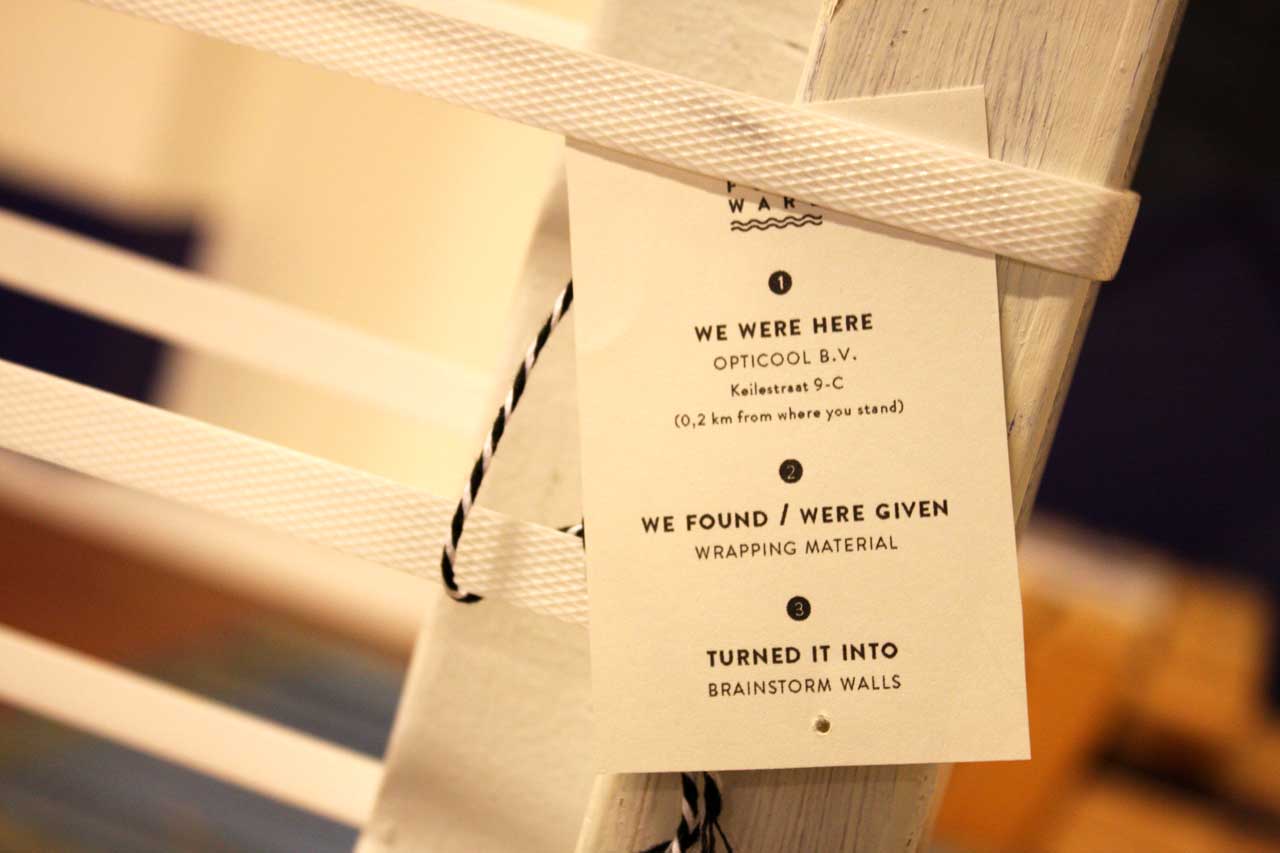 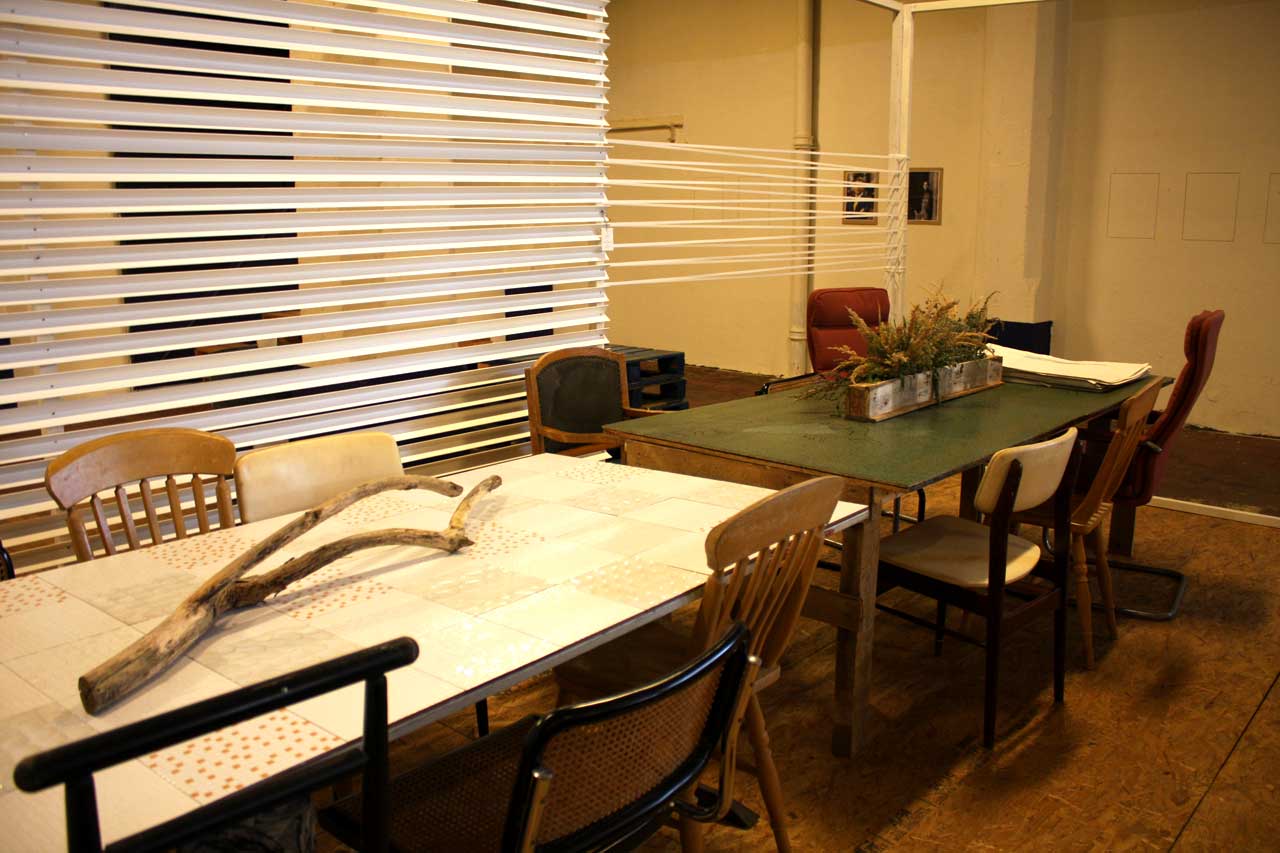 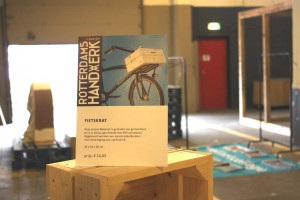 Only unique or limited edition products are realized, from food, through accessory furniture, to art works and pottery.

Made in 4Havens is immersed in the so-called Vierhavensgebied (Four Havens Area) in Rotterdam.

This area is part of a vast requalification program undertaken by the city of Rotterdam, the Rotterdam Port Authority, and some private stakeholders. 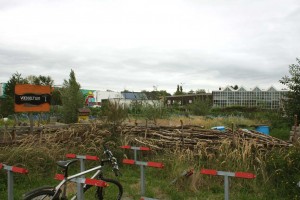 Made in 4Havens outside. Photograph: PlugnMake

The expectation is to create innovative, living and working lots in the city port areas during the coming 20-40 years by reinforcing its economic structure.

Abandoned buildings have been slowly being filled by new creative businesses such as design studios, industrial designers, crafts, and urban agriculture.

Made in 4Havens’ role is to provide local designers and makers with production facilities, personnel, and marketing services.

Its approach is largely influenced by the concept of urban quality conceived by urbanists Jane Jacobs and Richard Florida as it relates the development of innovative economies to the local residents.

Richard Florida clearly states that, in order to be economically and sociologically successful, cities must amp up their “urban metabolism” by attracting the “creative class“. And “It’s not just about building high-tech office corridors“, he says. “It’s about creating the sort of cities that creative people want to live in.”

Urban transition is no longer seen as simple overlay or replacement, but it’s a process that contemplates both spatial and social network. It’s about empowerment and growth according to an integrated socioeconomic model, so that the area is less susceptible to future abandonment and decay.