Florian de Visser realizes Story Signs in the FabLab: “At a certain moment, I decided to make them real, and I found out about de-factorij”

During our NLmakertour, we had the opportunity to visit de-factorij, Fiona van de Geijn’s FabLab in Eindhoven. It’s hosted in the Founded by All hub and offers tools and support for laser cutting.

Wandering around the spaces of the FabLab, we saw a guy working with the laser cutter on a very curious design. We recognized he was cutting urban scenes, but we could have never imagined he was realizing signposts!

Florian de Visser is a (public space) designer, as he defines himself. All his projects try to tell people about places through the representation of scenes reminiscent of stories and atmospheres.

Story Signs is the project on which he was working at de-factorij:

“Over the last few years, I have been developing this concept to make signposts that tell stories about the roots. At the beginning, they were made out of paper; it was just a concept. At a certain moment, I decided to make them real, and I found out about de-factorij. Fiona has the laser cutter, and it was possible to cheaply make my first prototypes. So I started experimenting with laser cutting, getting much more details than I could get by hand.”

Florian de Visser’s research about the identification of places through their history, started early on. Then, the first public commission arrived:

“My background is in public space design. I’ve been doing a lot of research about stories and public spaces, about how to connect different places by telling stories.

This project was actually commissioned by a small village close by Eindhoven, Geldrop. They wanted a project about the identity of the village.

With these signposts, I try to tell stories about this small village. So people that move to Geldrop will see these signposts first and, once they’re in Geldrop, they will already know a little bit about the history of this small location. It’s about stories that are not visible anymore in the village.”

Elements and shapes of the scenes are obtained through the usage of the laser cutter, which allows him to create detailed drawings made of solids and voids.

The effectiveness of this kind of communication caught the attention of several institutions. That brought Florian de Visser to work for the Tijdelijk Museum in Amsterdam and for the municipality of Utrecht also: 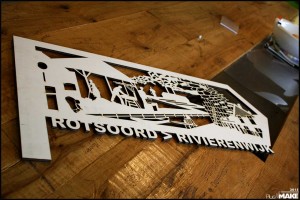 “This sign post is a prototype for Utrecht. In Utrecht there will be 4 permanent signposts made out of metal for the first time.

So, you see the connection between the old industry and the buildings where people live nowadays.” 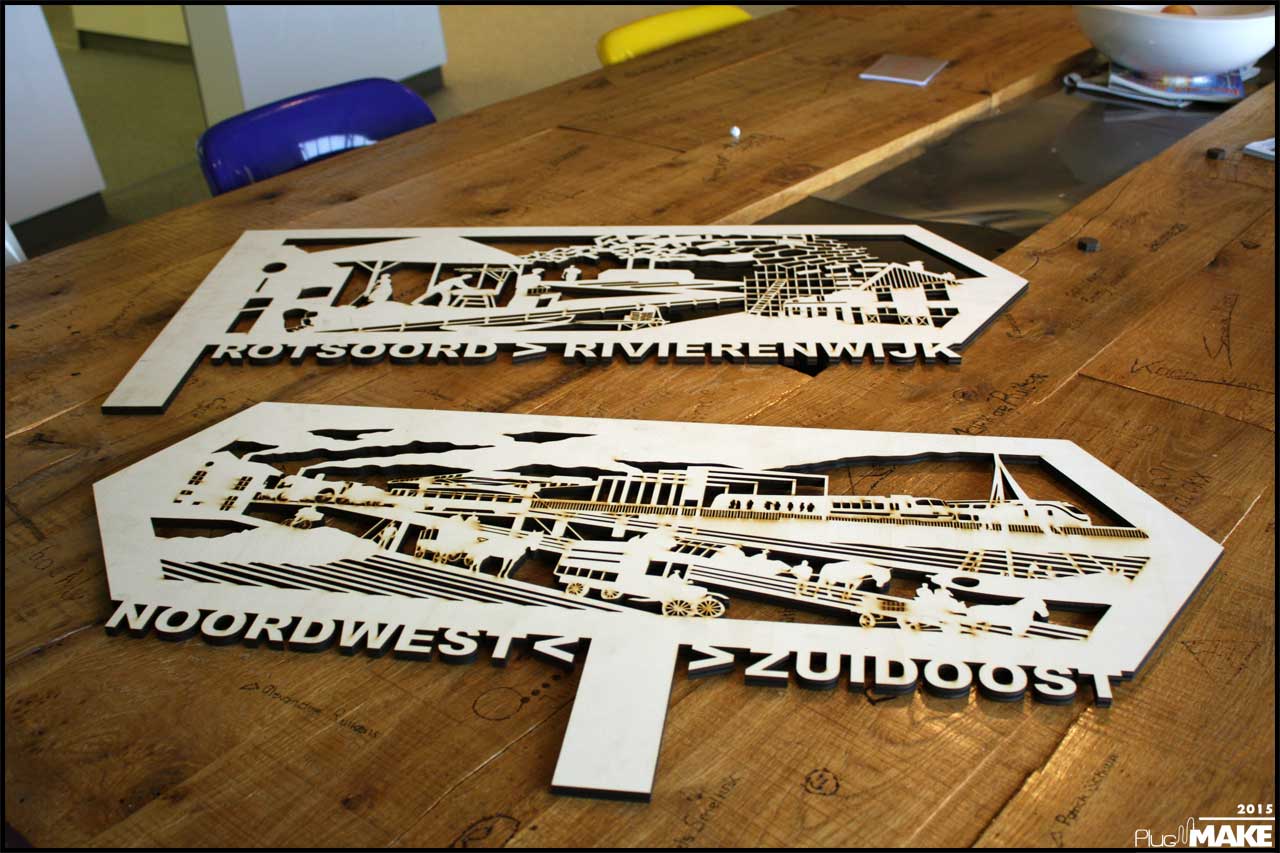 “This is another one. Same place, two directions, this sign post is going to be in the same location where the brick factories were because it was also a sort of connection hub between Amsterdam and the South of Holland by train, by horse, by car, and also by boat. That’s what I tried to visualize here.”