Ultimaker, CEO Siert Wijnia: “What we are trying to do is to see whether we can make a viable model in the real world of open source hardware” 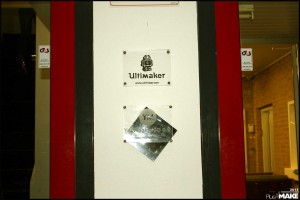 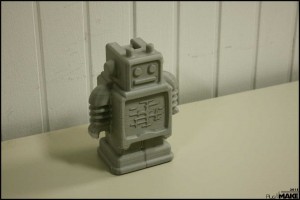 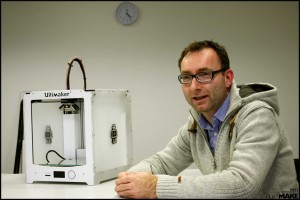 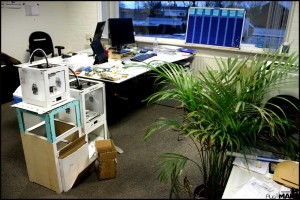 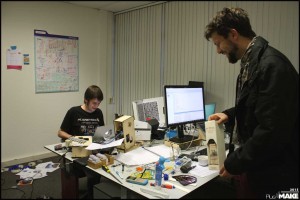 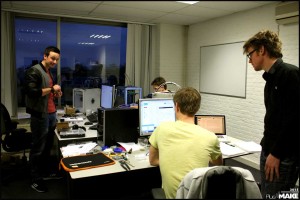 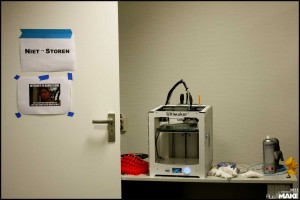 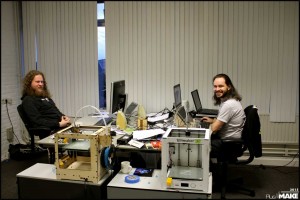 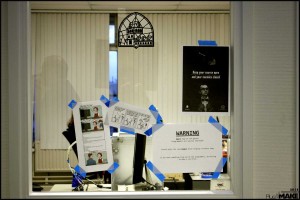 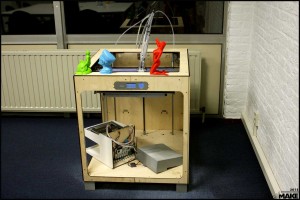 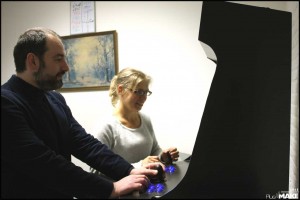 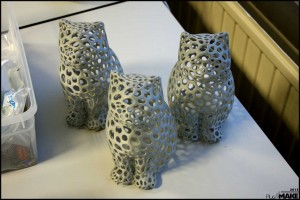 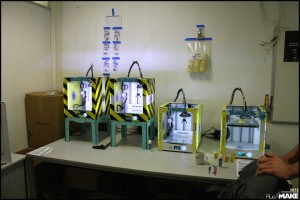 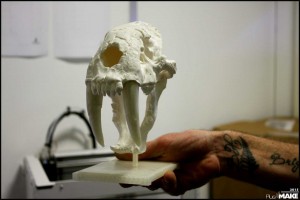 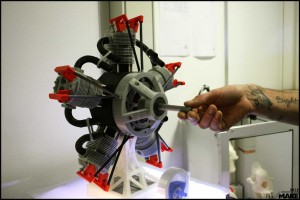 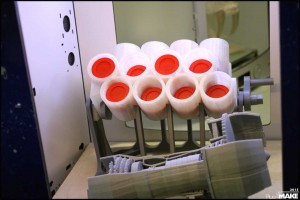 Based in Geldermalsen, the Dutch company Ultimaker has been constantly growing since its foundation in 2011. Its success lies in their open-source-based business model, which allowed it to build a strong bond with the community, while gaining an infinite source of knowledge and inspiration to improve products.

Ultimaker started from a small group people in FabLab ProtoSpace. It currently employs about 100 people, which demonstrates what a FabLab can mean for society, and what the community can mean for business.

We had the opportunity to visit its offices and to meet the co-founder and CEO of the company, Siert Wijnia. With him, we talked about the way everything started from open-source, and the reasons why he is still going to rely on it.

From the encounter with the first open source projects to the foundation of a successful company… How would you tell the story of Ultimaker?

“It was quite a while ago. I started at the FabLab ProtoSpace in Utrecht, here in the Netherlands. I stumbled on the RepRap Project by Adrian Bowyer from Bath University. He opened the Replicating Rapid Prototyper completely.

I found it on the Internet and I wanted to do it, but I couldn’t all alone.Therefore,having the facilities around me in the FabLab, I organized a group of enthusiastic people. I just asked them, ‘Do you also want to build one?’

We did a workshop with about 10 people and started building. Everybody brought a bit of additional knowledge, and this got things really going.

The guys that I involved also included my co-foundersof the company. We had some little experience in what we were going to encounter, and we really said, ‘Yes, this is what we are going to do.’

The FabLab was just the exact right spot to start such a project because we had all the facilities there. We could make the machine and change instantly what was not right. We had a laser cutter, a 3D printer, a milling machine, some electronic equipment, and we could just do it all. That’s what sparked it really off.”

So you just started with people never met before and ended up founding a company!

“Exactly! But that is what the Internet is all about. All the people on the Internet don’t know each other; they have a common interest, and everybody puts in a little bit of knowledge.

It really consisted of combining all these people, putting them in the same space and, then, bringing that knowledge back to the project of Adrian Bowyer. All the people had an advantage of that. It was like an oil stain that just got bigger and bigger, and we were in the middle of it. That was really great!

The only trick was that it took us quite a while to build one machine, and the results of that machine were not really that good. So we redesigned the machine, and that resulted in the first Ultimaker. We published the files and made them open source because that’s where we came from. We put them on the Internet, and a lot of people came to us saying, ‘That is really great! Where can we buy it?’

It was a kind of overwhelming demand from the market that really kicked us off. We founded the company, and we did it very rapidly because we needed a bank account since people wanted to spend their money for our machine.”

Did you have a job while doing all this?

“Oh yes, we did. I was the Lab manager at ProtoSpace. Erik de Bruijn, was still studying, and his thesis was about the open source RepRap project. Martijn Elsermanis is a graphical designer, and he tries to make things better by just making stuff with his hands.

It was a really great combination.”

How did the open source strategy shape your business model?

“I truly believe in the open source model, and this makes the big difference.

What we are trying to do is to see whether we can make a viable model in the real world of open source hardware. I think we have already demonstrated that it is really feasible.

Sometimes this is difficult, it’s expectation management. Sometimes people hear of ideas and think we can incorporate those in our products tomorrow. This is not yet the case. I would love to, but it is very difficult and we are working really hard on finding ways to be able to do that.”

But from a strictly commercial point of view, if I were an entrepreneur from the old school, I would wonder, ‘How do they see an advantage in releasing their project?’

“Do you want to know how big the advantage is? It’s enormous! Why? I don’t have to bother about Intellectual Property. I’m being cloned anyway. I’m making a great product, it’s worth cloning.

By opening it up, I get ideas from the outside. I have a limited amount of people inside my Research and Development department. They have great ideas, but there are people outside this company that are having even more ideas.

I have so much added value from the outside world, by sharing, that the development of our product is going much faster. Without our community, the Ultimaker wouldn’t have been at the quality level it is right now.

It is not about being brave. It is really giving us the pace that we need. The 20 years that the patents give you to commercialize your product is way too long. The 20-year period originates from more than 100 years ago. Wow! The world has changed! In 20 years, 3D printing will be totally different, it will not be the same.

Last year we outclassed ourselves. I think that opening up and letting also competitors use what we do really kicks us to be faster. This is helping us to be on the cutting-edge, on the front row, and to make things happen.”

As you might know, we invite our followers to raise questions to our interviewee. Many of them are waiting for a dual extruder official upgrade…

“I have to disappoint those people. I’m really sorry for that. Ultimaker started as a Do-It-Yourself project: you first buy a box with all the parts, you tinker them together yourself and start playing.

Now, we have developed a range of models that we have just launched at the International CES (Las Vegas, January 2015). These models come out of the box. And this is a different ballpark.

I know we made a promise. We tried it ourselves, and I have a machine with dual head in my own house, but I don’t use it. Why not? Because it doesn’t work like the way we think it should. For example, if I only print with one nozzle, the other nozzle might well tip over my own print, scratch it, or damage it.

Printing in two materials, or with support materials, is a different ballpark. A water soluble material is what we really would like to be able to print with. It’s not there yet, not in a way that people can really work with the machine.

We set a quality standard with the Ultimaker 2, which is really high. I don’t want to compromise the print quality of the Ultimaker 2 by introducing additional possibilities that make the end results worse.

I know I’m disappointing people, but I’d rather do it this way than people have a disappointing experience when they put two nozzles in the machine.”