FabLab Amsterdam – Waag Society, Alex Schaub: “Digital fabrication is amazing, but what about the old crafts?” 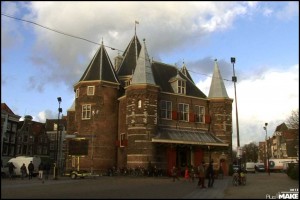 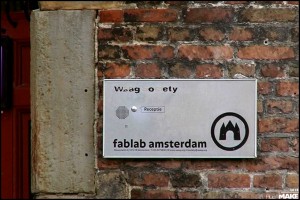 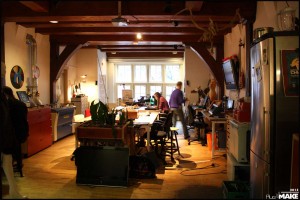 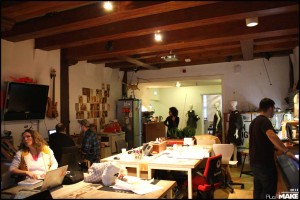 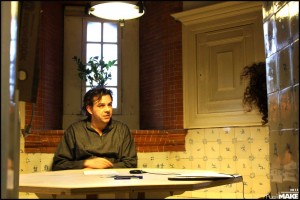 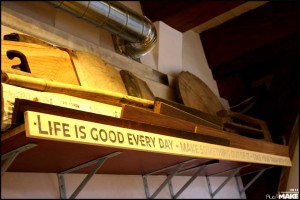 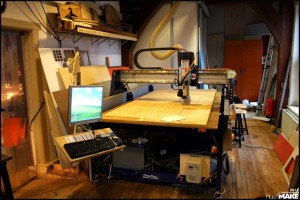 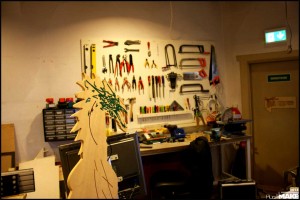 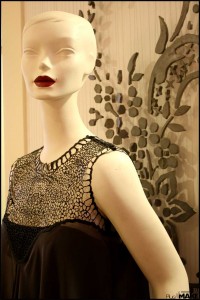 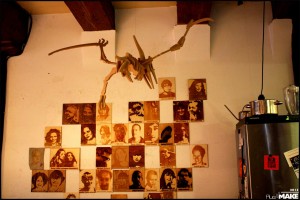 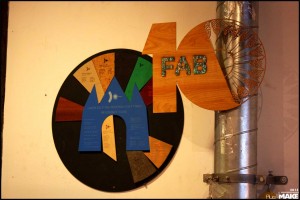 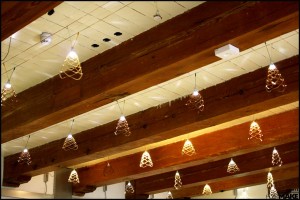 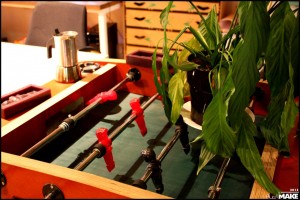 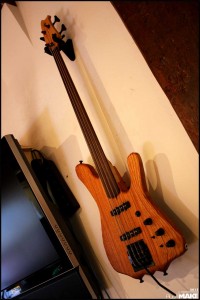 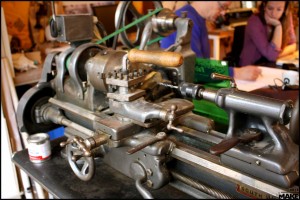 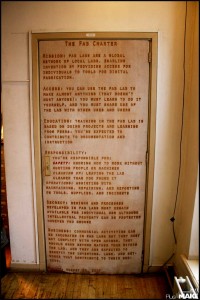 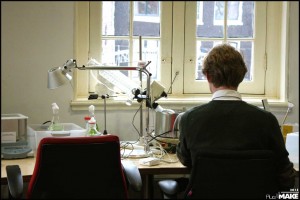 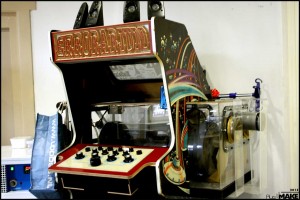 FabLab Amsterdam was born in 2007 within the Waag Society, and it is still host in the Waag (Weigh House), the 15th-century building on Nieuwmarkt square, in the heart of the city.

Its main focus is, of course, to make technology available for anyone. But rather than on the usage of the tools themselves, it puts the accent on the final product because technology is conceived only as “a mean, or a strategy, not the goal itself.”

There, the activity is as various as the possible applications of digital fabrication, and it includes the development of low-cost prosthesis as well. This is a project conducted together with a group of people in Indonesia, who opened also the first FabLab in Southeast Asia, HonFabLab in Yogyakarta.

Dutch representative of the project is Alex Schaub, manager at FabLab Amsterdam. We spoke with him to understand what skills allow him to conduct such a variety of projects, and to learn the principles and ideals on which the FabLab is founded.

Could you tell us a bit about your background and the path that led you to managing FabLab Amsterdam?

“Well, it’s quite a long story! I was raised in Switzerland where I did an apprenticeship in metal tooling,which is my fundament as for machines, mechanics, and so on. I also worked as a constructor designer but, then, I had enough of the industry and went to study electric bass guitar and piano, since music has always been my biggest love.

I studied at the jazz school in Lucerne, Switzerland and then moved to the Netherlands, to the Royal Conservatory in The Hague. That institute had some rules of the Bauhaus system, and it was basically a free art school… And it was quite crazy as well! There, I really changed my mind, completely.

I learnt that there’s always a gap between art and artists, and the industry. On the one hand, artists go to the industry asking crazy things. On the other hand, industry is not interested in those things, or it answers them ‘I can give you this, but only if you need 1,000 pieces.’

I set up a small company trying to bridge this gap and, then, somehow I got to know the Waag Society and I thought, ‘That’s a very interesting institute’. A friend of mine worked at the Waag and I asked him, ‘If you ever had a gap, I would love to work here’. That’s how I started here.

7 years ago, they bought a laser cutter and, at that time, I hadn’t got a clue what that was, but the maker movement and the concept of open design were already entering this place and I found them very interesting.

So, I just went to my boss and said, ‘Listen, I think I have the perfect background to manage such a thing because I have technical skills, and I’m an artist. It would be nice to combine all these things together.’

I founded the FabLab and also one of the first Fab Academy, and it was a long way because I had to learn everything myself first.”

In the publication “Users as Designers” , issued by the Waag in 2011, it is stated that “technology is a tool or a strategy, not a goal itself”, and that “positive changes will come only if we fill the gap between technology and society”. What kind of activities does FabLab Amsterdam offer and how do they try to realize these principles?

“Whatever project we develop, we involve the end user from the very first stage. I need his input to make what he wants, not what I want.

I could try to explain what the Waag Society does in one hour but, if I had to do it in one sentence, I would say that we try to make technology accessible for everyone.

When you buy a device, you get a huge manual to read until you can understand the device. This is a hassle, it’s not the goal! The goal is to have such a good device that it explains itself.

We often give workshops for the basics, but we also arrange workshop formats for specific clients.

One of the things I like the most is what we call ‘pressure-cooker’ session. Imagine to have 20 people and to divide them into 5 groups, each of which gets a project to do: the pressure-cooker means that you give them little time, like 20 minutes, to think about the concept and to prepare a 5-minute pitch about it.

After the presentation, I swap the projects through the groups. This way, every group has a really fresh view of the concept. But then, I switch again and again, till covering all the groups and reaching the prototype.

I think this is a true open design experience, and I saw people be really refreshed by this way of working. The crucial thing is to take away one’s own ego. This is very important, and it works brilliantly.”

FabLab Amsterdam has also developed a low-cost prosthesis. What is the spirit of such an initiative?

“Well, I have to admit that the prosthesis project is still in development, but it’s a nice story.

I have many friends in Indonesia, who had nothing to do with the FabLab. They were part of an amazing makers community made of architects, urbanists, fashion designers, and so on.

At some point, I told them about the FabLab concept and they said, ‘Yeah, we would like to have such a lab’, and they came up with the concept of the prosthesis.

In Indonesia, there is a big demand for prostheses, but their production process is very slow. There are thousands of people that haven’t got a prosthesis; they cannot walk and, staying at home, they get alienated and this is a very touching subject.

So I thought, ‘That would be amazing! Let’s try to develop low-cost lower-leg prosthesis by using local material.’

We collaborated on a 3-year program going reciprocally back and forth, we did workshops, and we also gathered a group of specialists to work with.

We are still busy with it. The great goal is that the prosthesis will be self-adjustable, and this is again about ‘users as designers’ strategy. We think that, if you wear a prosthesis 24/7, you are the specialist yourself.

So imagine if you can walk in a kind of trial and error situation: you walk and feel like, ‘Aaah, it’s a bit too hard’, and then you take the key and adjust the prosthesis for yourself. That’s true empowerment, I think.”

FabLabs are performing the important task of spreading digital fabrication and educating people. After almost ten years of their presence in Europe, do you think it is time to raise the bar?

“Yes, sure! 2 years ago, when researching digital wood joinery, I came across ancient Japanese joinery techniques, from the 15th 16th century. Then, I realized that they’re far more sophisticated than whatever we do using digital precision.

If you look at boxes made in FabLabs, they have always the same joinery. It has become a FabLab esthetic.

We are losing our craftsmanship, and this is happening worldwide.We are looking forward to 3D printing and digital fabrication is amazing, but what about the old crafts? My goal is to fuse these two things together.

If you make a chair from wood and you just sand and glue it together, it’s a chair and it works. But if you have a party, and somebody spills a glass of wine onto it, it’s game over. If you finish the surface with a varnish, for example, then it’s reallya product.

That’s also one of my goals, and I think FabLab Amsterdam became a bit famous even because we are really into high-quality products. The product should make you think ‘What? Can I make this in a FabLab? Really?’

My bass guitar, which I made here, is a product. If you look at it, it doesn’t look like a FabLab product. It’s a combination of craftsmanship and digital fabrication.”

Listening to you, it seems that, if a FabLab can produce finished products, it can also be a production place and, therefore, a profitable activity…

“Absolutely yes! I think it would be even healthy to do that as well.

Said that a FabLab is basically an experiment laboratory, why not use the machines in the evening and in the weekend for real production? Absolutely!

We did that as well, and I think we should do it more because I would prefer much more to earn my money this way, rather than ask for subsidy every now and then. You would be self-sustainable by doing products.”

What about the discussion about protecting or sharing, if we talk of business and money?

“I had many people who didn’t even want to tell me their ideas because they wanted to protect their work. In this case, I don’t say ‘No’, but then you have to pay.

We have written the book ‘Open Design Now‘, and we have been members of the Creative Commons in the Netherlands for more than 10 years.

That’s what we promote and that’s what we believe in, of course. If you come here on an open day, then you have to document; you choose a CC license on the website, so that you’re protected immediately.

But that’s the way we work, that’s not necessarily the way the entire FabLab community works.”