Timelab Ghent, Eva de Groote: “For us, it’s about designing new systems to organize ourselves, our society, but also our businesses” 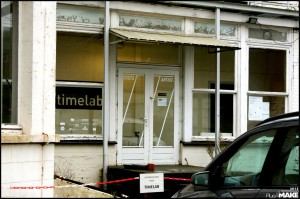 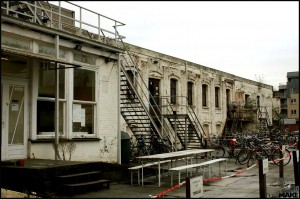 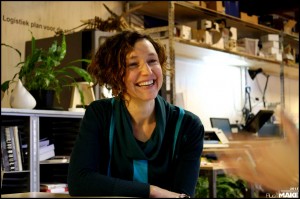 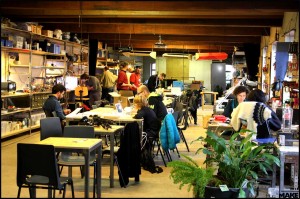 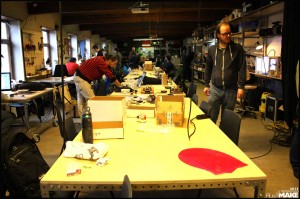 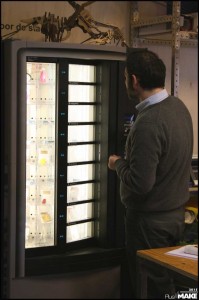 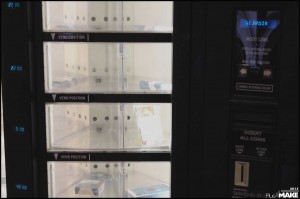 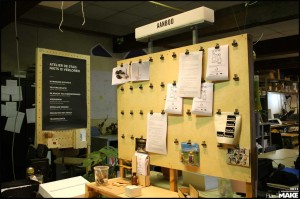 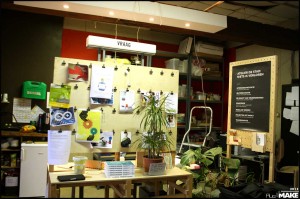 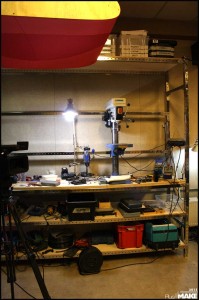 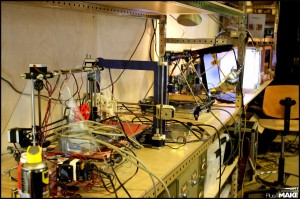 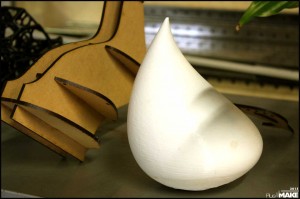 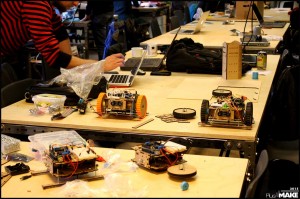 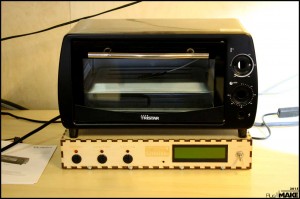 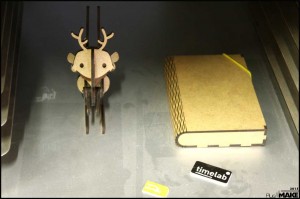 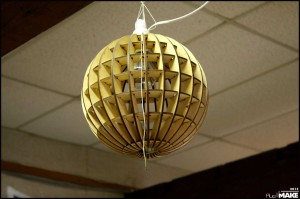 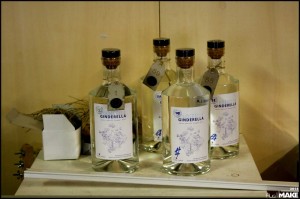 Born from the Time Festival, Timelab in Ghent has a very fascinating approach, as a FabLab. Main focus of the Lab is to bring art outside studios and ateliers in order to concretely connect it to society.

This means proposing solutions, and trying to build economical realities, which can actually involve and affect citizens’ life.

Lately, Timelab turned into a cooperative, in order to acquire the tools to take their projects into a “solid phase.”

We spoke with Eva de Groote to discover more about this virtuous weave of art, community, and sustainable business.

Could you tell us how Timelab was born and why this name?

“Its roots lie already in 2008-2009. The predecessor of Timelab was Time Festival and it was a city festival, an art festival.

At that time, thinking of what the role of the arts should have been in society became very relevant and very crucial in that situation of crisis. At the same time, there was the worldwide rise of the maker movement which brought a spark of optimism in the paralysis of the crisis.

Those two elements came together in Timelab. The reason why it is called Timelab is that we really wanted to keep the soul of the older organization.

Time Festival had existed for almost 20 years and, as a city festival, it was a very special case because, at that time, art was very much focused on itself rather than on connection with society. Time Festival always tried to realize this connection.”

“There was a plan: the art festival was subsidized from the government, and we made a revolutionary plan of totally changing the structure. We asked the government, ‘We want to become a lab, can we keep the budget for a different organization?’ And they said ‘Yes!’

Today, our aim is to have a 50-50 split income: we will always need some subsidies, but we want to be very self-reliant and reach a 50% earning.”

You are strongly shaped around the concept of community: on your website, members have their own profiles. How do Timelab and makers boost each other?

“Yeah, it’s true what you say: the community is really the heart of the organization. There are about 100 members, and we have a shared set of values. They come in because interested in the lab, and they become members, which means they pay a membership fee of 180 euro per year.

That gives them access to the Lab, so they work on their own designs, and we build on things that get born in the community. Our team, the 4 of us on the payroll, develops projects from there, so there’s a constant partnership with the community.”

How do you manage the collaboration between different competences?

“It’s a good question. Collaborating with different talents on communal projects is a complex issue.

When we start with a project, we map the talents of the people who want to contribute, but we also see what we miss and go scouting it. That means building on the talents from the community, but also enlarging the community itself with extra-skills that we might need for that specific project.

What’s really special is that everybody has his own talent and uses it in his job, for example, but not in another setting.

Very often, you get enormous enthusiasm by a biologist or an engineer, for example, who can suddenly invest his skills in a communal project that is taking place in another atmosphere. It can be a project that will address a complicated issue in society, instead of something purely technical as in their own job.

That’s a bigger goal in which they can contribute.”

“No, we don’t have a policy like that. To be honest, it’s all very personal and informal.

There’s always somebody of the team who is responsible when the lab is open, and we have a no-laptop policy when we’re on duty.

It’s just about connecting to whom is here and really inviting them, ‘Oh, you’re making this. Do you want to share it? Is there maybe a reason why you wouldn’t open your process?’ Usually there isn’t: people who work here want to share their processes, and they’re very proud to document.

How has Timelab sustained itself since its birth, and what are your future goals?

“We were subsidized as a non-profit organization, and we had purely a lab function. Our job was to support artists and makers.

What we have seen over the last 1.5-2 years is that it was such a pity to do only that. Today, we have found this terminology to define 3 phases of a project: the gas, the liquid, and the solid phase.

The gas phase is, of course, the first one. It’s the moment when something comes up from the community, or an artist brings in a concept, or we, as a team, spot a complicated issue in society.

So the gas phase is a lot about brainstorming, detecting things and ending with a clear, simple pitch, ‘Can we make a machine that recycles plastic locally in a very short chain?’ for example.

We look for the real necessities, and this means that if we can find partners in several sectors, there will be a good ground to start a project on. If we can’t find partners, but we still think it was a good idea, we might have to decide that it’s not a good moment, and that it will be carried later on.

The end of this phase should give us the means and the partnerships to go into a longer phase: the liquid phase.

It usually takes a 12-16 week period. It’s the moment of co-creating and really making the prototype, all together: the team, people from the community and maybe also partners and experts from outside.

At the end of this phase, we’ll have a functioning prototype and, hopefully, also answers to some research questions that we might have formulated during the process of prototyping.

For the recycled plastic project, for example, we collaborated with some recycling stores; they had a very concrete issue with some devices which didn’t work because of missing parts inside. Those machines are usually thrown away, but if you just replaced one of the parts, a new life circle could start.

So we had one research line, together with those stores, aiming to map what the typical parts that break are, and to make them through 3D printing. So we develop several research lines per project, in order to have possible impact at different levels.

At a certain point, this got a bit frustrating because we’re ambitious: we want to realize projects with impact, and we also find very interesting that an artist could bring in a concept that, later on, could be the starting point for an entrepreneur to build his business on it.

But we didn’t manage to make the old model work. So, just 2 months ago, we became a cooperative enterprise as we think this will give us the structural base to make it possible to have those follow-up projects.

We still have to realize all the first cases in that model. It’s all new and fresh, but the idea is that an entrepreneur, a sustainable entrepreneur can reach the solid phase by setting up a business based on the prototype and on the shared set of values.

We will share the prototype and everything we’ve learnt, only if the entrepreneur establishes a connection with the cooperative and its shared set of values.”

You used a very interesting expression, “sustainable entrepreneur”. What do you mean?

“The whole lab, the whole organization is connected to this peer to peer philosophy. For us, it’s about designing new systems to organize ourselves, our society, but also our businesses.

Economy and business are very important tools to organize our society.

It seems we’ve all got lost and disconnected, while entrepreneurs, people building their businesses have a crucial role in valorizing ideas and really bringing them in society.

By sustainable entrepreneurs, I don’t mean that they simply use sustainable materials, but that they develop their business within the set of values of this new system, in order to organize our society, fundamentally, in a more sustainable way.

So it’s about social justice; it’s about dealing differently with our time and energy, with people’s talents; it’s about connecting to all the complicated things, which we are a bit stuck with, at the moment: all our feeling systems.

It also has to do with the fact that you become again owner of the problem: you can start with a concrete small problem, make something, and share it. Then, you can put it in a bigger context, and an entrepreneur might build his business on it. It has this bigger and bigger effect potentially.”