miniFabLab, Bart Bakker: “The motors […] are individuals, tenacious individuals that want to have a Lab. They don’t bother about business plans, they want a FabLab” 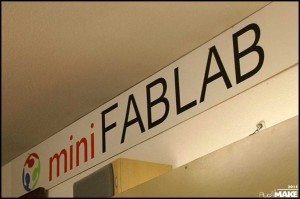 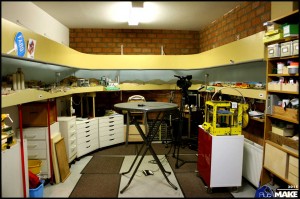 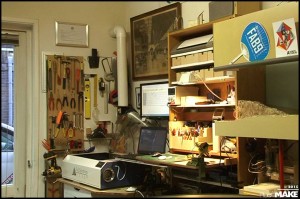 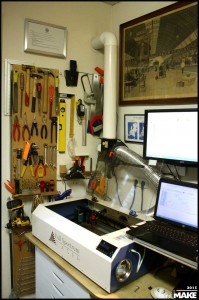 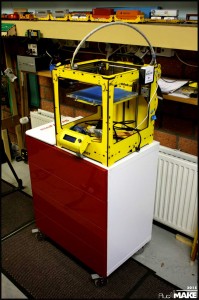 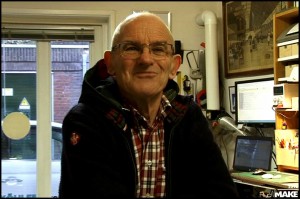 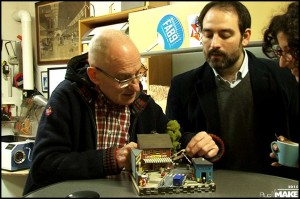 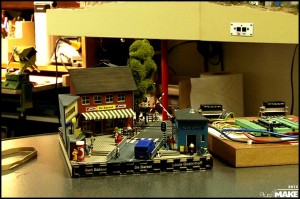 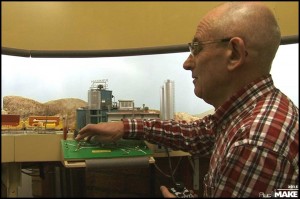 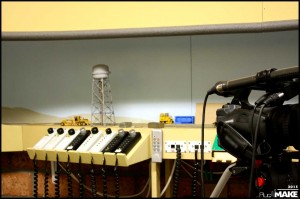 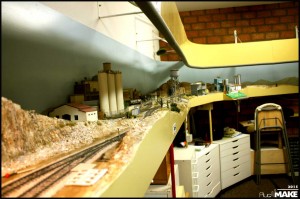 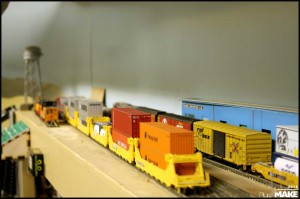 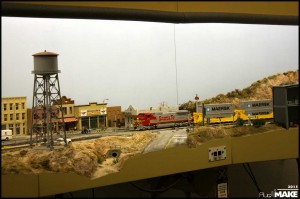 Bart Bakker has been promoting the concept of FabLab since its appearance in the Netherlands and has supported the opening of many Dutch FabLabs.

Deeply connected to ProtoSpace FabLab Utrecht, he is also board member at the Benelux FabLab Foundation.

His interest in investigating the development of low-cost equipment and small-size FabLabs led him to set the miniFabLab in his own garage in Utrecht with the motto “How to make almost any small thing”.

In his 18m² space, all the small-scale FabLab equipment is set on wheeled closets among his model railroads, and it is made available for visitors by simply moving the car outside.

We met Bart Bakker at his miniFabLab to talk with him about the role that FabLabs are playing in the digital fabrication revolution and about their possible future developments.

Bart, how did you come up with the idea of setting up the miniFabLab in your own garage?

“Actually by accident. I was a volunteer at ProtoSpace, and I always saw 4-5 people queuing in front of the laser cutter. That’s not a bad thing because, while waiting for their turn, they talk to each other and learn from each other. But I thought, ‘Could we have extra-capacity by adding a few small laser cutters?’

So I started looking for Chinese laser cutters. They cost about 2,000 Euro, and I bought one and noticed that they were very, very dangerous.

Therefore, we did an open source project called LaOS, Laser Open Source, to yank out the electronics from China and put our own. That project is still running, and it works.

Then, I got really interested in small laser cutters and I bought a few. At the same time, I built an Ultimaker and, before that, a RepRap. One day, someone came here and said, ‘Oh, you’ve got a mini FabLab!’; and I said ‘Oh that’s true, it’s a mini FabLab! Why not name it miniFabLab?’

That’s how this became a place where people could come and do their jobs.”

What do you think the impact of digital fabrication on society is?

“I think it is far exaggerated compared to what’s happening now but, in the future, it will be immense. We have in the world 400 FabLabs. It doesn’t really have an effect, but there’s a growing awareness that we should again make things with our hands.”

What is the role that FabLabs are playing in this context?

“FabLabs are pioneers and catalysts: they restart doing things in a very crude way. They get people on the learning curve of making things themselves; they teach people to think of products and things for themselves, not according to the mass production ideal.”

Do you think that institutions are doing enough to push this movement?

Basically, you have to master the skills of making your own objects and drawings, and this is not taught in schools.”

Can you run a FabLab like a socially sustainable business and develop parallel activities?

“That’s what at the moment is happening in Kaasfabriek: it was set up in two years out of nothing by a group of 10 people who were very, very enthusiastic. They had very little money and built it with shipping containers.

Now they‘ve said, ‘Ok, we have the FabLab’, and the lab managers thought, ‘We run a little business, because we can make money by using the facilities’.

That’s quite good! That’s totally not in conflict with the idea of the FabLab. That’s what happens when FabLabs give workshops: they have a social impact because they educate people.

FabLab013 in Tilburg is also a good example of it; Peter Scheepens is really a business man and he has a two-pronged approach: the FabLab, and the other one.”

What do you think the future of FabLabs is going to be?

“The real future is that FabLabs will disappear. There will be big FabLabs and they will become smaller and smaller and, in the end, you won’t be aware that you have a FabLab in your home because you have the machines.

The same happened with computers, or electricity, or with electromotors. It takes time.

Will every house have a 3D printer? First you will have one for fun, like a gadget; then, if you need something special, you’ll go to a service center which can print your object. Later on, you will do it at home. But it’s all a matter of scale.

On the contrary, could there be an exponential growth of FabLabs?

Look: several years ago, there were no FabLabs in the Netherlands. Then, we set up one in Amsterdam, and we have now 38 FabLabs and 10 initiatives in the Benelux. So it’s an increasing curve.

The motors behind almost all these Labs are individuals, tenacious individuals that want to have a Lab. They don’t bother about business plans, they want a FabLab.

Moreover, digital fabrication will affect lots and lots of places other than FabLabs: in industry, the same thing is happening as well.

As for 3D printing, where are the big names? Where is Canon? Where is HP? HP once a year has an announcement, but now it’s quiet. Those are the companies that can make these machines affordable for everyone. I think it will go slow, very slow.”

As for the discussion about open source: do you think that sharing should be a general rule or a personal choice?

“There’s no general rule. I prefer sharing things because the more people use my things the better I feel. But, on the other hand, if I want to make my business, I don’t want others to make money with my product. It’s a matter of money and satisfaction.

For example: 4-5 years ago, Makerbot and Ultimaker were both open source. Then, Makerbot got a lot of money and started alienating itself from its consumer base and it has run alone for 2 years. Now, the Makerbot machine is just a machine like any other, and there is no real community anymore.

Ultimaker has still open source machines and they live up to it. On the web, you can download everything for their machine and make it yourself.

MAKE Magazine classified Ultimaker as the preferred machine over the Makerbot. One reason for that is maybe not even the quality of the machine, but being part of your consumer base, your community.

Sharing does not mean to give away. Ultimaker gives the total design away and they use the feedback of their user base to make the machine better.”