VormVrij, Marlieke Wijnakker and Yao van de Heerik on clay 3D printing: “It is still a craft, not just technology. It is a synergy of creativity and technology.” 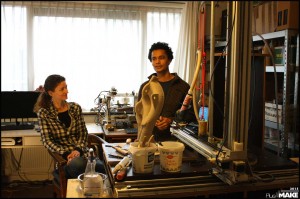 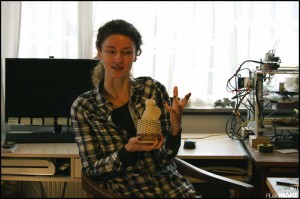 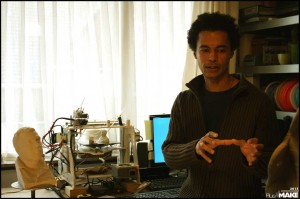 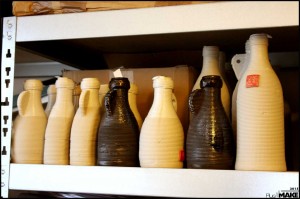 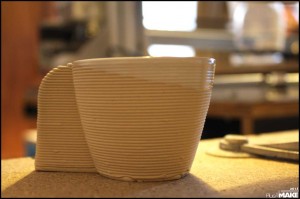 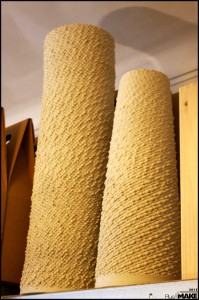 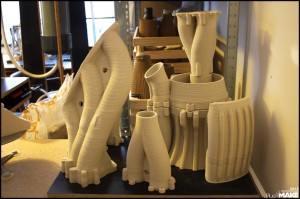 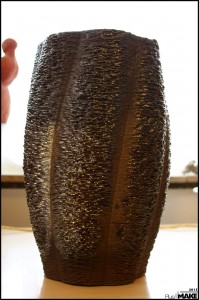 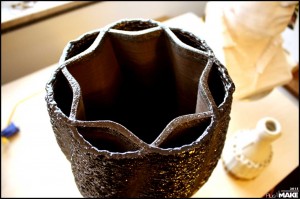 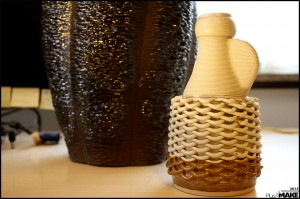 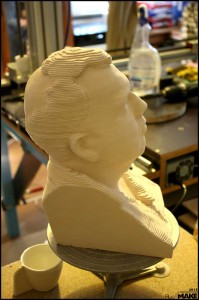 VormVrij® is the Dutch company which has just launched its clay 3D printer, LUTUM®. The two founders, Marlieke Wijnakker and Yao van den Heerik, combined her artistic skills with his technical ones in order to develop the machine and to create their own products.

Their research allows also neophytes to approach a durable and locally available material, such as clay, which has been only accessible to experienced people till now.

Does that mean to upstage arts and crafts? We don’t think so: the value of arts and crafts is inherent and doesn’t depend on the appearance of new technologies around.

How did you start applying 3D printing to clay? Had you already worked with this material?

M. Wijnakker: “Well, Yao started working with a plastic 3D printer and he found the duration of the printing process, and the waste it involves a little bit annoying: every time something goes wrong, you cannot easily reuse the plastic. At the same time, I was looking for a pottery wheel to realize some ideas I had.

So we thought, ‘Why not to combine these two interests?’.Yao built the clay printer as he has the technical skills.

Since then, we have been experimenting with the clay, which we had never worked with. We have tried to find new shapes, shapes that cannot be obtained with a pottery wheel or by casting.”

Y. van den Heerik: “Yes, actually designing and building the printer didn’t take a long time because we found a lot of information on the Internet.

It was basically the shift from plastic to a heavy and rough material, like clay, that had the biggest impact on designing the printer. A printer needs to be strong and able to handle a lot of dust and dirt to work with clay.

Therefore, we immediately thought of plywood and aluminum, two strong materials which can also withstand water.

It took only about 2 or 3 weeks for the basic design of the printer and a couple of weeks for all the stuff to arrive. After a week of assembly, we immediately connected the clay and started printing.

It was a sort of an eye-opener for us, too. With this new sort of technology, anyone can quickly come to results never seen before.”

How is 3D printing adding value to working with clay?

M. Wijnakker: “People with different background can use this technology and apply it to their own interests. For instance, we have found out how to add the glaze directly to the clay before printing!”

Y. van den Heerik: “To explain the normal process: usually, you have clay, shape it, let it dry, and then, you refine it with a wet sponge or with sanding paper. After that, you need to dip the object in glaze or to spray glaze on it, and you get your final product once it is fired.

We had the question, ‘Can we do the basic work on clay and the final glazing at once?’.That was a strange question because the glaze can be hazardous. If you inhale the dust of clay and glaze, it is bad for your lungs.

So we wondered, ‘Can we mix those together? And what is the perfect mix?’.

One of our first experiments was a vase. We added glaze and some chemicals to the clay, printed it immediately, and it came out smooth, which was wired for us because normally the 3D printer gives you a layered structure.

The result was not perfect because there were cracks and imperfections, but we kept on trying and, eventually, we achieved the perfect mix between clay and glaze.

This is something that expedites the process between the design and the final product because, now, you have a single step for the modeling and the glazing phases.”

M. Wijnakker: “This technique makes it possible to glaze every angle of difficult structures as well.”

Y. van den Heerik: “Yes, because with 3D printing your products can have very intricate internal systems which before were unthinkable for clay.”

Do you have connections with other people working on clay and 3D printing?

Y. van den Heerik: “Yes, we keep in touch and we know what everybody is doing.

We are both product designers, so our angle is into what we can make through the technique while, for example, the artist Jonathan Keep is more interested in the process because he has an artistic background.

Our output needs to be very nice, so our attention is more toward how to really control the technique to get the output we want.”

M. Wijnakker: “I want to add that I also like the part that we can’t control. Yao focuses on obtaining a perfect print, while I also like faults to happen because they bring me new ideas.

For example, the braided bottle came out by accident: we were trying to make a shape like an artichoke, but it collapsed and turned into a kind of spaghetti, and I liked it! I thought to do something with that and came up with the braided bottle.

I also like the fact that I am really working with my hands: preparing the clay, glazing, finishing after printing, firing… It is still a craft, not just technology. It’s a synergy of creativity and technology.”

Do you think that 3D printed clay will replace the traditional pottery craft?

Y. van den Heerik: “Many people think we are putting aside the pottery craft, or that we can ditch it since there is the digital now. One of the first things we say is, ‘Yes, this is a new step, but the craft of pottery will evolve alongside.’

Nowadays with the power of the computer, it is easy to quickly scan, for example, someone’s head, to slightly alter the model in the computer and then to print it.

But it would still be a dead face. You need an artistic touch to actually make it looking like a  living person. That took us only half an hour to finish it up and, for an entrant, achieving this result is quite remarkable.”

M. Wijnakker: “Well, an artist who already works with clay will keep on doing it his way because it is his trait, his craft. But for an entrant, this can be a way to approach such a kind of work.

In schools for instance, people who are just starting might feel like ‘Ok, the step is a little bit less difficult. Let’s start with the base that the 3D printer can give me!’.”