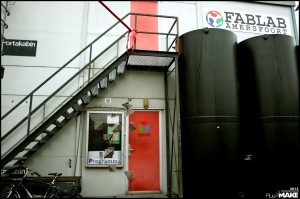 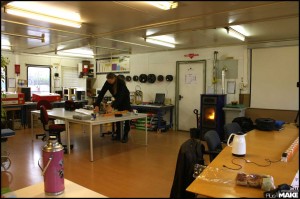 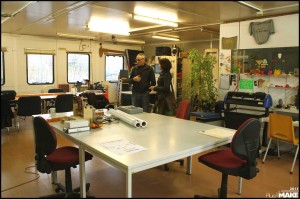 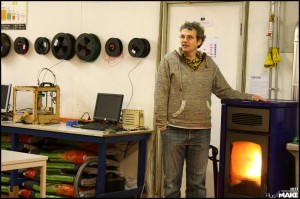 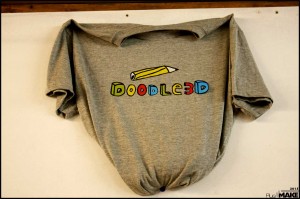 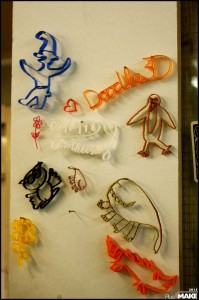 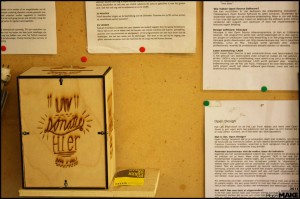 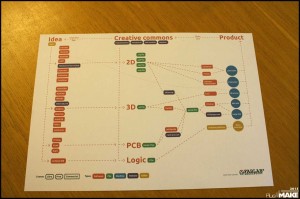 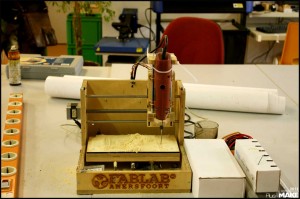 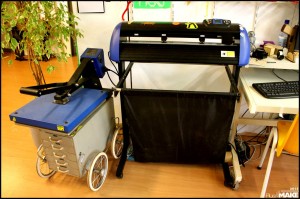 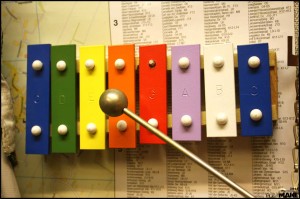 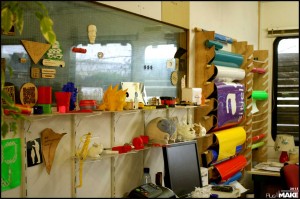 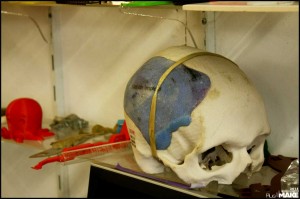 [/ezcol_1quarter] [ezcol_3quarter_end]
Dirk van Vreeswijk, co-founder at the Benelux FabLab Foundation, has pushed and promoted the concept of FabLab Amersfoort since its opening in 2010.

FabLab Amersfoort is located in the De War, center of arts, technology and sustainability in Amersfoort. It was founded thanks to the passion, commitment and resources of its 4 founders who decided not to wait for funding using mostly self-built and open source machines.

That experience originated  the ‘recipe’ The Grassroots FabLab Instructable, or How to set up a FabLab in 7 days with 4 people and about 5,000 euro.

The Benelux FabLab Foundation was born in 2006 and you were one of its founders. At that time FabLabs had not spread in The Netherlands yet, so what was the aim of the Foundation and how did it become a reality?

The aim of the Foundation was basically to create a vehicle to collect a lot of money. We had heard about something called FabLab in Kenya and we thought it would have been interesting for the Netherlands as well. We were just a group of friends and we didn’t really know how to start that up.

We started with a blog, which is still active, we gathered a group of people and wrote a lot of proposals, but we didn’t get any money. So we got impatient and said, ‘Ok, let’s just organize ourselves via some machines’ suppliers’.

In the first three weeks, we managed to test the FabLab in two different locations during two festivals.

Now the Foundation is basically to provide information to anybody in the Benelux who want to start a FabLab… It is to spread the “gospel” and to create a network of people involved in FabLabs or interested in starting one.

You have been involved in the birth of the first FabLabs in The Netherlands. But FabLab Amersfoort has followed a different path: for the first time a FabLab decides to be autonomous and counts only on private investments. What brought you to that strategy?

It was similar to what happened to the Benelux FabLab Foundation: the four founders of FabLab Amersfoort also tried to get money, but they didn’t manage to.

So they just said, ‘Ok, how much money do we really need?’ and bought a Chinese laser cutter. It was the most expensive machine, but it cost only 3.000 euro… While the MIT laser cutter is about 15.000 euro. They looked for the cheapest machines.

I think their first reason to start in a different way was impatience again. They really wanted it. They didn’t want to go via the normal way.

Starting that way was also to fit in the idea which I believe FabLab is all about: it is about empowerment, self-sustainability and, of course, about DIY.

They built all this in about one week and wrote all the experience in a step by step recipe “how to do it yourself” starting spreading and promoting that.

We also started a festival called FabFuse which is specifically meant for DIY and bottom-up FabLabs.

I pushed the start of this FabLab without being really involved as a founder, but I think this one is really… It looks a bit amateur, let’s say, compared to some of the really big FabLabs in the Netherlands, but things that are happening here are strictly open source!

How does FabLab Amersfoort balance a free service and the necessity of supporting itself with paid activities?

This is a quite complicated thing.

For instance, ProtoSpace FabLab Utrecht is hosted by the Dutch Inventors Association, NOVU, and it has a separation between the open days and the close days. But here in Amersfoort it is completely different because this place is not run by money.

We have also introduced workshops because of the requests we received every week, but there were no volunteers available before. Now, we have someone interested in giving workshops on a voluntary basis.

So this is a poor FabLab. It was started, and it is still run, by people who are interested themselves in the machines which are here, and who decided to share them.

What we decided is: ‘When you enter this place, you have to pay 50 euro upfront. It is like a deposit. You give it, you do your job, and then you choose a duty from the to-do list we have: you can repair something, you can build something, you can clean the toilet. Then you get your 50 euro back. Or, if you like this place, you leave a donation of 20 euro, for example’.

But now we are up for a discussion about different rules, because often people do something small and then just leave taking their 50 euro back.

The ideal is great and I think it is a great model, but the reality is an ongoing struggle. We are going to discuss how we can improve the model because at the end of the month, I think, there is not enough money left.

In the description that the FabLab Amersfoort makes of itself, we read “Digital revolution is behind us. It is time for a new one: Personal fabrication”. What does it mean and how do your Lab concretely realize this concept?

Well, I think it is quite obvious what it means: it means that you make something instead of buying something for yourself… So you fabricate something personal. You can just make one pair of shoes for yourself,  instead of making hundreds and selling them off.

One of the founders of this FabLab created Doodle 3D, a software to simplify 3D printing. He created that because his children and all the people coming here find it very difficult to interact with a 3D printer. That is already personal fabrication.

But the best example in this Lab is the CNC milling we have, a very big one. People working here built it. It is a one-off: they found scrap all around the city and used it to build the CNC.

It took them one year and then they left everything open source, everything was documented, and anybody in the world can make that machine as well. I think this is an excellent example of personal fabrication.

But we had a discussion here about the fact that ‘personal fabrication is about making products, and not about making machines to make products’. I completely disagree with that, I think it actually is.

There is not any intellectual property on it, it is open source and you can download that machines also in Zimbabwe and make a house out of it.

I think it is perfect, it is FabLab, this is it!