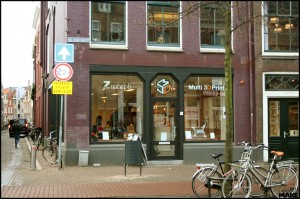 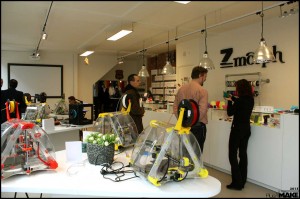 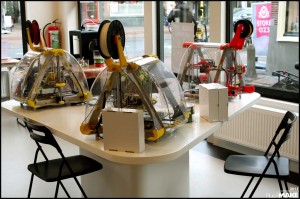 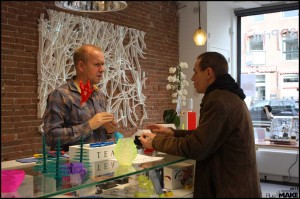 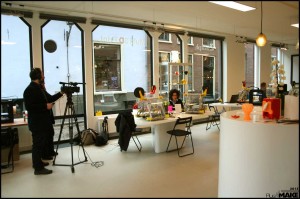 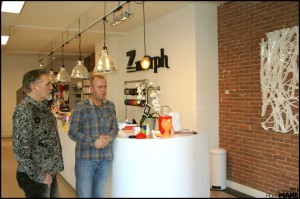 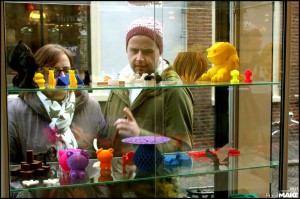 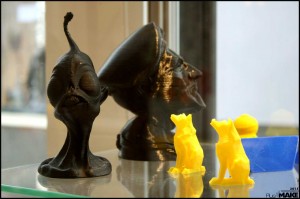 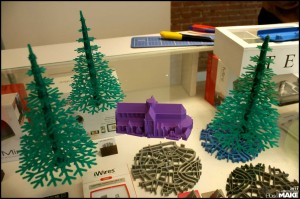 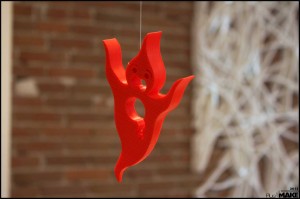 Multi 3D Print is a store that opened its doors in October 2014 in the heart of Haarlem. As the name indicates, it sells a large array of 3D printers, filaments and printed objects and it is also the sole importer of the Polish company Zmorph in the Netherlands.

But beyond the strictly commercial activity, the owners Dick Potharst and Jan Willem de Bok have tried to set up a new concept of store, in which visitors are given the possibility to see the machines at work, to receive support for printing and designing and to get involved in workshops and master classes.

The main scope of Multi 3D Print is to show people what the concrete possibilities of 3D printing are and how they can be exploited for personal fabrication.

3D printing is a really fast-developing field and its market is still very young. What is the concept you wanted to concretize in Multi 3d Print?

D. Potharst: “At the moment in the Netherlands, there are not yet many stores where people can see and easily buy 3D printers: there are mostly secluded offices or small factories.

We think that it is time that people could see what a 3D printer is.

That is also why we started in the center of Haarlem. We reach everybody in the street: people who are creative, people who have a company, and people who are just interested in what’s happening. We are doing so to create a community, to talk about the printers, our software, and about the possibilities that we can add to that.

Moreover, we can tell our partner Zmorph what needs to be changed in the future in order to satisfy users’ needs and expectations. That’s also a very important aspect for Zmorph.”

Why did you choose Zmorph and how did you get in contact with them?

D. Potharst: “We chose Zmorph after meeting the company in a fair. At the beginning of 2014 we visited their factory and we were very enthusiastic about the way they work, the way they produce their 3D printers, and the way they develop the software (Voxelizer).”

J.W. de Bok: “Zmorph produces a machine which is more than a 3D printer: it’s a multifunctional creative machine. We were impressed by its performance and by the idea of what you could make with it.”

D. Potharst: “Zmorph has open source printers and has developed different needles to use on the same machine for plastic extrusion but also for milling. The same needle can be easily used on different printers due to its removable property. Zmorph is also developing laser needles, experimental chocolate and cake extruders and new materials for printing.”

Is pure sale the main focus of your activity?

D. Potharst: “No, it isn’t. Not only do we sell printers, but we also organize workshops, we offer print services and we do 3d scanning. People come into the store asking us to help them with something they have designed or to help them with designing.”

J.W. de Bok: “We helped, for example, a 14-year-old girl who had to realize a building model for a school project. She designed the building, and  her mother came in to ask us if we could help her print it out. After a few adjustments on the design we are now going to print it, hoping that the result will turn out fine.

We also have a machine called ‘Da Vinci‘ which has a scan module in it. It’s a nice machine, totally different from the others we have. And this is also our goal: to have a wide range of different machines which can be of interest to different kinds of customers.”

D. Potharst: “We have this product in our assortment because of the requests we had. People come in with products of which they don’t have a 3D model. We just put it in the Da Vinci that scans it in 5 minutes and then prints it, so that the customer has his own object copied in 3D. That is why we wanted this machine.”

J.W. de Bok: “Yes, and we’re also involved in educational programs which are directed by the government: the MaakOnderwijs project. They go to schools and give advice on 3D printers, among which one of our own.”

D. Potharst: “We deliver the machines and they deliver the educational tools, the after-sales service and all the programs to teach children how to get started with 3D printing. This is a very nice project we are part of.”

How is your business going to grow and develop?

J.W. de Bok: “We will soon look into other kinds of printers with their own special designs and possibilities. We will try to follow the market as best as we can to make the whole 3D market available in our store.

We are aware that big electronics chains will eventually sell 3D printers, but we are not worried about that as our store is in a location in which there is the possibility to talk with people one to one about their expectations and their needs. They won’t find that in the big electronics chains.

We hope to create a community with people enjoying coming here to learn more about 3D printing and about all the aspects which go along with it.”