ProtoSpace FabLab Utrecht, Joris van Tubergen: “If you share it, it doesn’t mean that you don’t own it anymore” 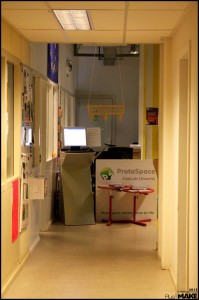 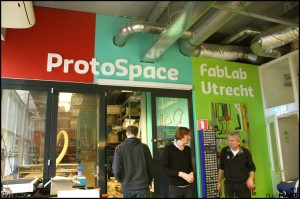 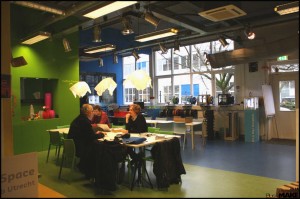 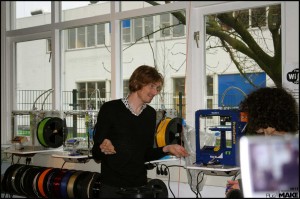 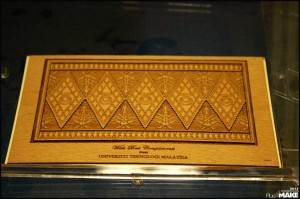 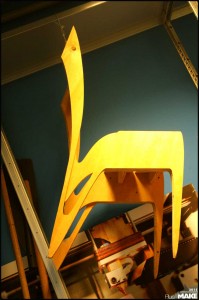 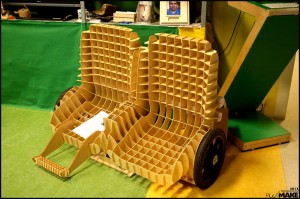 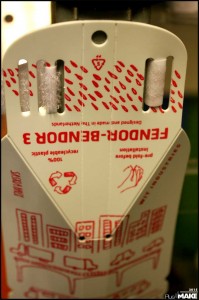 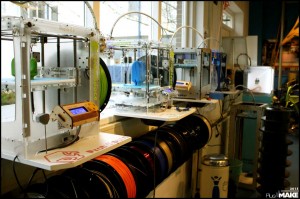 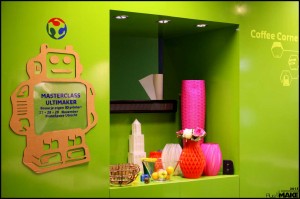 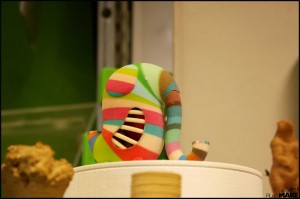 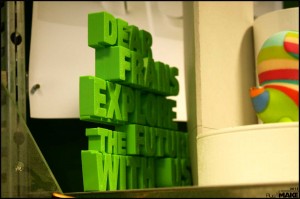 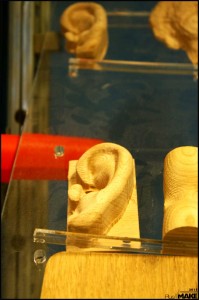 ProtoSpace FabLab Utrecht raised and solved the important dilemma of how to combine business and FabLab activities without losing its social values.

Everything started in 2008, when they opened with the help of European Union funding. Since then, the innovative and diverse character of its activities, has inspired and supported the birth of successful companies, of which Ultimaker is the most remarkable example.

The product designer Joris van Tubergen, Creative Director at ProtoSpace since the beginning, is expert in 3D printing technology and is a very active member of the digital community.

We met him at ProtoSpace and he explained his overall vision of digital fabrication, ranging from FabLabs sustainability, through open source to documentation.

Joris, could you tell us something about ProtoSpace?

“ProtoSpace is one of the first FabLabs in the Netherlands. El HEMA, the real first FabLab, was opened during the Uitmarkt, an exposition held in the Post CS building in Amsterdam. From that initiative there originated FabLab Amsterdam within the Waag society, FabLab The Hague, ProtoSpace… It was 2008, in the same period, so it is difficult to say which one was the first and I don’t even think it matters.

Personally, I didn’t take part in drafting the business plan but I have worked here since the second day, when this was an empty space and we had to organize all the machines and to make them work. At that time nobody had ever heard about laser cutting or 3d printing, so it was pioneering… Yes, interesting times!”

The Utrecht Region hosts a very large number of activities which pivot on digital fabrication, such as FabLabs, ateliers, 3D printing shops and so forth. What are the role and the impact of ProtoSpace in this panorama?

“Being the first FabLab in the Utrecht area, ProtoSpace was maybe a sort of example of how a FabLab can run in a sustainable way.

We actually triggered a debate about ‘What is a FabLab?’ in the FabLab community, and here is also why our name is ProtoSpace: the background was a discussion about the fact that if you are not open seven days a week for free, then officially you are not a FabLab; you couldn’t make a business out of that.

But if you want to start up something in the Netherlands, you have to demonstrate what your income is, compared to your expenses. So you need some other activities, and that is why we decided ‘Ok, on the one hand we are ProtoSpace, on the other we have the open days, so we are a FabLab’.

Actually that discussion is still ongoing and it raises a good point, but I think we found a fair balance between the open lab days and the other activities which belong to ProtoSpace.

Moreover, in the first year we gave the master class ‘Build your own 3D printer’, which resulted in the foundation of the company Ultimaker. We are pretty proud to say that Ultimaker was born here.

That was very important, because we got European subsidies in the first five years and one of their goals was the employment generated after one year: thanks to Ultimaker, we tripled that target. That also demonstrated that these kind of spaces really work… They are not only for fun things: they really help innovation and generate benefits for the whole community.”

Open source software and hardware are upsetting the system and its protagonists. How is this upset going to turn into a change?

“It is a different way of approaching things and I think that every digital thing is very difficult to protect in a traditional way.

We have to think of other business models and some could be the open source or the Creative Commons license. That holds true for design as well: if I design a chair and have a digital file and take it all over the world, that file is copied within a second. I cannot say ‘You are not allowed to copy that chair’, it’s impossible.

It took more than twenty years to prove that open source software can make money and that it is a sustainable business model.

Look at Ultimaker: the open source regime really helps them develop their product much faster than a traditional company.

The company consists of 100 people and sells 30.000 or 40.000 machines, so potentially they have an R&D department of 40.000 people. Of course they are not all active and brilliant, but there are still a great deal of people working for free on R&D. That is a completely different business approach.”

Gael Langevin launched in France his InMoov, the first open source 3D printer life-size robot. In the wake of that project ProtoSpace organized together with Ground 3D the world record of 3Dprinters. Can you tell us what the purpose of the experiment was and what it demonstrated?

“The idea arose because we already used to hold Ulti Evenings, which are organized by the Ultimaker community every 6 weeks now. During those events, people bring their own printers and start sharing knowledge not online, but offline, physically, which is much easier.

We had our 5th year anniversary and I thought to organize such an event, but bigger. I got in contact with Ground3D and found this robot arm that would have been very nice to print in one day with all those machines.

And that is not prototyping: if you scale everything up, you can really start production. 65 machines sound a lot, it must be an investment of maybe 80.000 euro, but that is nothing compared to the investment of a factory. That was the whole idea behind that initiative.”

ProtoSpace is mentioned by the FabLab Foundation in relation to “balancing financial sustainability with community needs and challenges”. It is stated “ProtoSpace is about 50% self-sustaining”. After six years of activity, is this a stable balance?

“I don’t know if you can quantify sustainability in percentage.

The business plan was written for the first 5 years and it considered European Union funding to cover 90% of all our cost. That was necessary, because at that time nobody knew about FabLabs, we had to explain it and that cost a lot of money.

Since then we do several things from workshops to business events, from educational projects to research, we rent machines and have the open lab days.

Educational projects and open days are the most expensive activities and you have to find the funding for them. I don’t know if it is 50%, but at the moment we don’t have a yearly basis of governmental funding: I prefer to ask for money on a project basis now.”

ProtoSpace adopts a “document or pay” rule. Can you explain how documenting works and why it is so important?

“How to document is also one of the agenda items of every FabConference, because it is very difficult to document and to keep track of a project.

Again, for open source software, it took more than 20 years to make documenting and sharing information user-friendly. In product design, for physical things, it is even more difficult, because not everything you type when designing is already digital: it can be a drawing, maybe a not finished one.

Earlier, FabLabs introduced the FabFlashes: pictures of projects which went directly to flikr.com. Later, we had the FabMoments: still pictures, but combined with a description and the used settings. In this case, the idea was to allow users to update a FabMoment to a FabTutorial, a FabSheet or even a workshop or master class, as the project progressed.

The current discussion is also about how to convince people to document. It is very useful to take note of your progresses and once you have done that, why not to make it public, so that anybody can see the project and maybe figure out what fails?

But people are more and more willing to share, because, as I said before, protecting a digital project with a patent is very difficult and if you share it, it doesn’t mean that you don’t own it anymore.”