Peter Troxler at Stadslab in Rotterdam: “What we actually see is that technology gets into the hand of society” 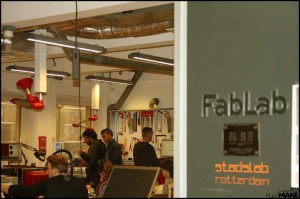 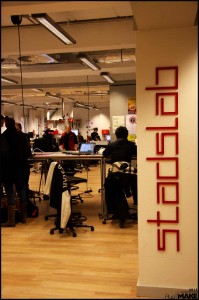 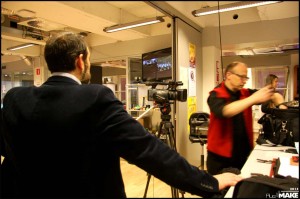 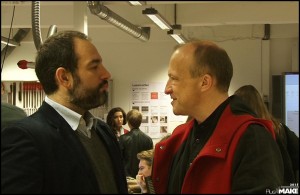 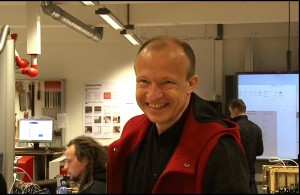 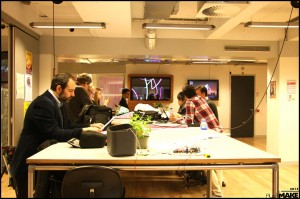 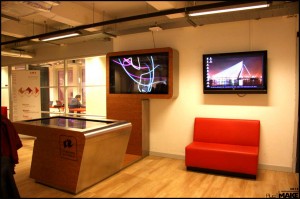 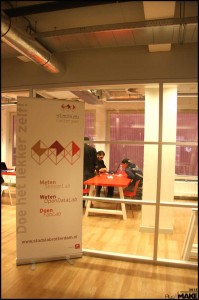 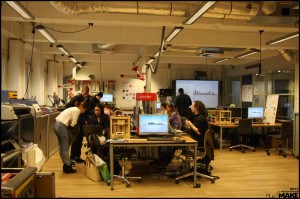 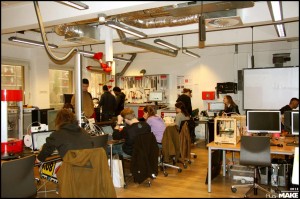 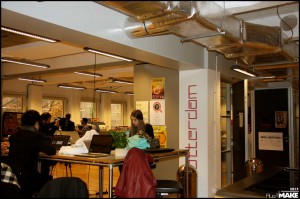 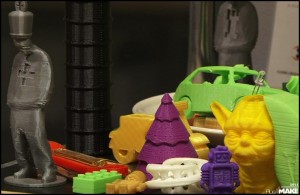 Research Professor at Rotterdam University of Applied Sciences on the topic of the Revolution in Manufacturing, Peter Troxler is well known in whatever environment revolving around digital fabrication.

Over the past years he has supported the opening of several FabLabs all over Europe and has been board member of the FabLab Benelux Foundation since 2012.

Interrelations between business, society and technology, characterize his whole activity, and his contribution has given a substantial push to the discussion about the  modernization of the intellectual property system and its influence on the traditional concept of enterprise.

He is also author and co-author of several publications, among which the book Open Design Now, and is currently committed to developing new possible business models for open source and cooperation based enterprises.

We had the opportunity to meet Peter Troxler at Stadslab in Rotterdam, to discuss the disruptive impact and the potentialities of maker movement and FabLabs in the current economic system.

Digital economy, third industrial revolution and digital fabrication: why does sharing tools and knowledge arise as the core question in the public debate?

“Well, the one thing is that these tools have become really accessible and also relatively cheap to buy, but not so cheap that everybody just would have them at home for a couple of hundred euro. They are still a couple of thousand euro, so economically it makes sense to share.

The other thing is: there is a lot of knowledge, expertise and experience involved in using these tools and, again, it makes a lot of sense to share that knowledge and to work together to build up that experience.”

In this panorama, society, technology and economy are all playing a role. Is society using technology to create a new economic model, or is technology pushing a new social awareness?

“If we look at society and technology, then famously Bruno Latour said in 1990: ‘Technology is society made durable‘.

So in technology a lot of societal decisions are materialized and this technological control over society has until now very much been in the hand of corporates, of big companies and of their engineers.

What we actually see with the current development, is that technology gets into the hand of society at large: so society can decide what to do with technology.

We are at the moment when everybody potentially can contribute to technology, which is ‘society made durable’, but in a new shared sense. Therefore everybody can materialize the society that we all want and not just the society that big corporates want.”

Bottom-up vs top-down, local vs global. How will the new economic model interact with the established system?

“The established system probably has developed over the past twenty, twenty-five, thirty or forty years. What we call the Second Industrial Revolution has very much been about globalization, about centralization of decision power with big corporates, big companies… Very much a top-down approach.

What we see in FabLabs is a contrary movement which is bottom-up. But corporates are not stupid, they quickly notice that this bottom-up trend has a lot of power.

We have seen that in the Internet: in the first phase we had this idea that it was the big route to democratization and then, when all the big giants like Google and Facebook emerged, we had a massive centralization.

I think in manufacturing, in the FabLab world, we have at the moment this bottom-up movement and we have to be really, really alert to any attempt to centralize and move that into the hand of top-down corporations.

There are people out there trying to do that: some of them disguised as think tanks, some disguised as maker media, maker magazine, maker fairs, techshops. There are all these guys who operate as wannabe corporates in this space.

So we have to be really alert to what they are doing and… I think we have to  counteract that… Actively!”

So far this phenomenon is led by communities, be them physical or virtual. What is the role of institutions and what should it be?

“Well, the movement is not only led by communities at the moment: there are quite a big number of FabLabs which have been set up by institutions, and this one here, Stadslab, is an example. This is part of the university and many labs in the US are part of colleges, universities, museums, libraries, and all these kind of educational institutions.

So institutions already play an important role in providing some infrastructure and normally, they are also interested in learning about those other FabLabs that are set up by communities.

The key appears to be mass accessibility to both tools and knowledge and FabLabs are conceived with this scope. But how can people right now translate the new expertise and skills into real economy?

There are people who dream or think that ‘Because this is community based, it would be much easier to set up a business’. I think they are wrong: setting up a business is a hard job and you have to be persistent and determined, and then you can set up a business in whatever environment.