ZB45 makerspace Amsterdam, Jaap Vermaas: “Now people can see how a FabLab can work, what will bring money and what will not” 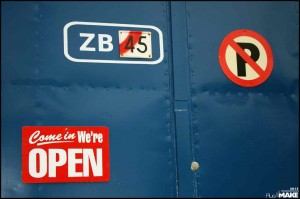 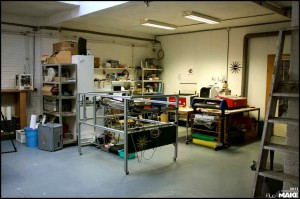 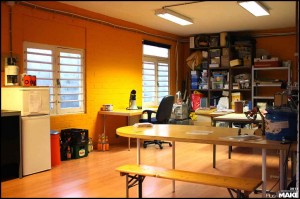 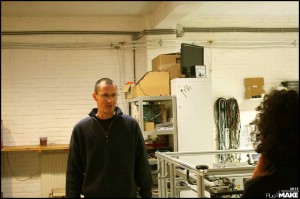 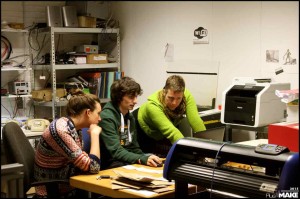 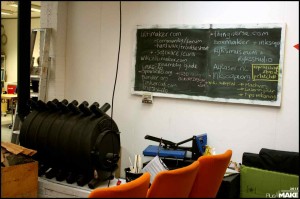 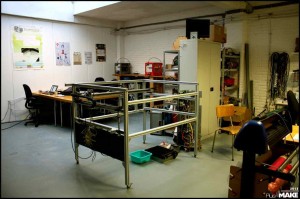 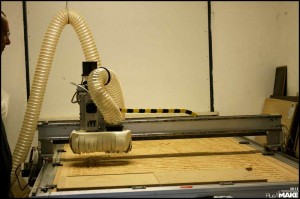 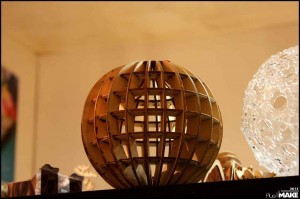 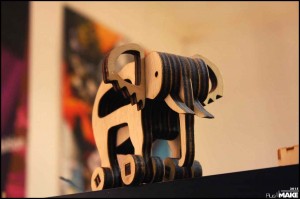 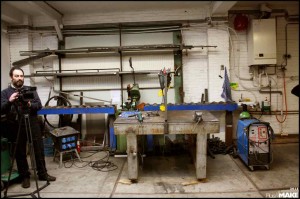 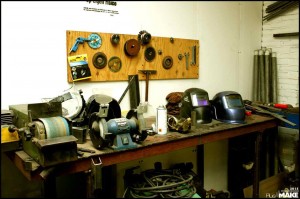 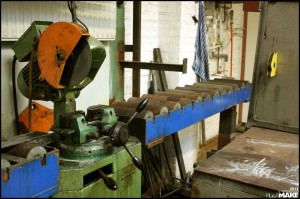 Like for most FabLabs, the foundation of ZB45 makerspace in Amsterdam is the result of a process, almost the natural evolution of a path started in the wake of the maker movement but without a clear idea of where that path should have led. Currently there is an intense debate about FabLabs models and their sustainability, but ten years ago things were definitely different.

For the founders Liesbeth d’Hont and Jaap Vermaas everything started by the necessity of a van for their initial job in the technical field. That need plus their interest in DIY, led them to start the FabLabTruck and then ZB45.

ZB45 makerspace is based in a former metal workspace and the organization of the spaces still reminds us of their original functions. The Lab is equipped with wood and metal working tools in addition to the typical tools one would expect in a FabLab. That makes ZB45 makerspace a resource for the whole district since it fills the lack of old craftsmen in the modern city by motivating people to repair everyday things by themselves rather than to throw them away and to buy new ones.

Jaap, what is your professional background and how did you end up founding a FabLab?

“My professional background is in IT. I used to run an IT company, but I spent too much time behind my computer and I thought it was time to do something else. I took part in a workshop in the ProtoSpace FabLab Utrecht learning how to build a 3D printer, getting interested in all the machines they had there and in making things by myself.

So I bought some of those machines and gave workshops together with the Utrecht’s team to show also to other people how nice that is. Eventually I and Liesbeth started a mobile FabLab, the  FabLabTruck and, after only one year, we decided to found ZB45 makerspace.”

Here in this FabLab you run a very diversified range of activities and that means that users of FabLabs are also as diverse. How do different competences boost each other?

“Well, people who come here are engineers, artists, there are people who know a lot about electronics and they meet here and can help each other with their own projects.

What a lot of people have in common is that they want to learn how to build things by themselves, so some come here with part of the knowledge, but they still need to learn a bit more and someone else can introduce them to the right software or help them, or teach them how to use Arduino, for instance.”

Moving back to the FabLabTruck, how did you have the idea?

“Well, first we had a truck and then the idea of the FabLab!

I bought the truck together with Liesbeth in 2007 to realize a mobile work space mainly for art projects. At that time we worked a lot for festivals: Liesbeth provided technical support and I was involved in IT. We used to stay on the premises till the end of the festival and we needed a space to stay in during the festival and to store all our equipment.

That is why we bought an old truck, repaired and made it very comfortable providing it with everything we would have needed in a workspace: machines, electricity, water… Then at a certain point we thought of using it for workshops as a FabLab as well, so we just took everything out and set the FabLab inside and it was a mobile FabLab!”

When you’re parked in the middle of a festival or a public initiative, how do people react to their first encounter with the digital fabrication?

“3D printing is hyped a lot, so a great deal of people have heard about it and think ‘Ok, with a 3D printer I can make everything’, so they come in to see what it really is, they want to see for themselves.

The FabLab is a very nice way to introduce all these tools to people and often they go out with the idea ‘Oh, 3D printer might be great, but actually a laser cutter is much more practical…let’s start!’”

Here at ZB45 You adopt a “pay or share” philosophy, run workshops, collaborate with schools and so on. But are FabLabs already a business or are they preparing the ground? And for what?

The first FabLabs in The Netherlands started with governmental funding. It was a very experimental field and I believe we couldn’t have afforded all this without that funding. But now they are out there and people can see how a FabLab can work, what will bring money and what will not.

We decided that ‘Ok, we will not get very rich with a FabLab, but at least it can cover its cost and our model was to conceive the FabLab as an educational tool. That allowed us to bring it to festivals, schools…schools are not very rich, but at least they can pay.

We also decided for a low rent location so as to manage to pay for the machines and people who work here. That’s how we started.”

Would you suggest a young entrepreneur invest in a FabLab?

“Yes, because I think there is still a lot of potential in FabLabs. If you look at how many ones opened in The Netherlands over the last two years, you realize that there is a lot of interest from the public in starting these kind of places.

But people who want to start a FabLab as a business have to be very careful not to spend too much money too soon, because getting a return on your investment will be quite difficult.

Other non funded FabLabs started as a cooperative where members buy together the machines they would need for their own scopes anyway.

That’s also a very good basis for a FabLab and in a way that’s our policy: one day per week people can use the machines for free and the other days they can rent them, which happens quite a lot.”